If you’re a fan of the superhero genre, you can’t miss “Young Justice.” This animated TV series is set in the DC universe and focuses on the storylines of teenage superheroes, from Robin to Aqualad. Together, they form an undercover group of good guys known simply as “The Team.” They’re essentially a younger version of the Justice League and deliver accordingly, with all the action and drama you’d expect.

Whether you’ve been watching from the beginning or are just preparing to hop on board the “Young Justice” bandwagon, keeping track of the show’s characters can be tough since many have come and gone over the first three seasons. Plus, there’s the fact that many characters have superhero names and real-world aliases. To make it easier, we’ve compiled an overview of key names to remember.

“Young Justice” follows a group of teen superheroes in their fight against evil. They’re initially called to action against a group of supervillains who have collaborated to form The Light, a secret society of supervillains. The show takes place at a time when superheroes are still a relatively unheard-of phenomenon and is set in a fictional universe unique from other DC Comics universes.

So, what sets “Young Justice” apart from other superhero shows? First, there are the ages of the characters. Most are teens or young adults and, thus, experience the various ups and downs that come with this age.

Further, although they’re linked to the more famous adult team of superheroes known as the Justice League, the teens of “Young Justice” are lesser-known and operate in a less regimented way. They aren’t limited by the bureaucratic constraints of their established adult counterparts.

When Was “Young Justice” released?

“Young Justice” has made it to four seasons, with some ups and downs — including a brief hiatus after a temporary cancellation following season two. The first season of “Young Justice” debuted in November 2010 on the Cartoon Network. Season one ran from 2010 to 2012 and had 26 episodes in total.

The second season (also on Cartoon Network) ran under the title “Young Justice: Invasion.” It aired from 2012 to 2013 and consisted of 20 episodes. After the second season, the series was canceled. However, the show returned for a third season under the moniker “Young Justice: Outsiders” (this time on DC Universe) in January 2019. The third season ran for 26 episodes in 2019.

In 2020, the show’s creators Greg Weisman and Brandon Vietti announced the show would return for a fourth season, breaking the news at San Diego Comic-Con. According to the show’s creators, the fourth season will consist of 26 episodes and focus on a smaller group of characters, honing in on fan favorites from the first season.

Due to the COVID-19 pandemic, the fourth season of the show was largely worked on from the various show creators’ homes. The voice actors recorded their parts individually instead of participating in group readings. The fourth season, titled “Young Justice: Phantoms,” aired on Oct. 16, 2021, on HBO Max.

Who Are the Main Characters of DC’s “Young Justice”?

DC’s “Young Justice” has seen a slew of characters come and go in its first three seasons. To help you keep track, here’s an overview of the main players. We’ve divided this list into two sections, starting with those who debuted in season one and following up with a section devoted to additional characters introduced in seasons two and three.

Note that we’ve kept these character descriptions pretty basic to avoid (*gasp*) spoilers! Here are the big names from the debut season:

Dick Grayson is the real-world alias of Batman’s protege, Robin, who later transforms to become a superhero in his own right — Nightwing.

Wally West is the alias of Kid Flash, the junior version of The Flash. 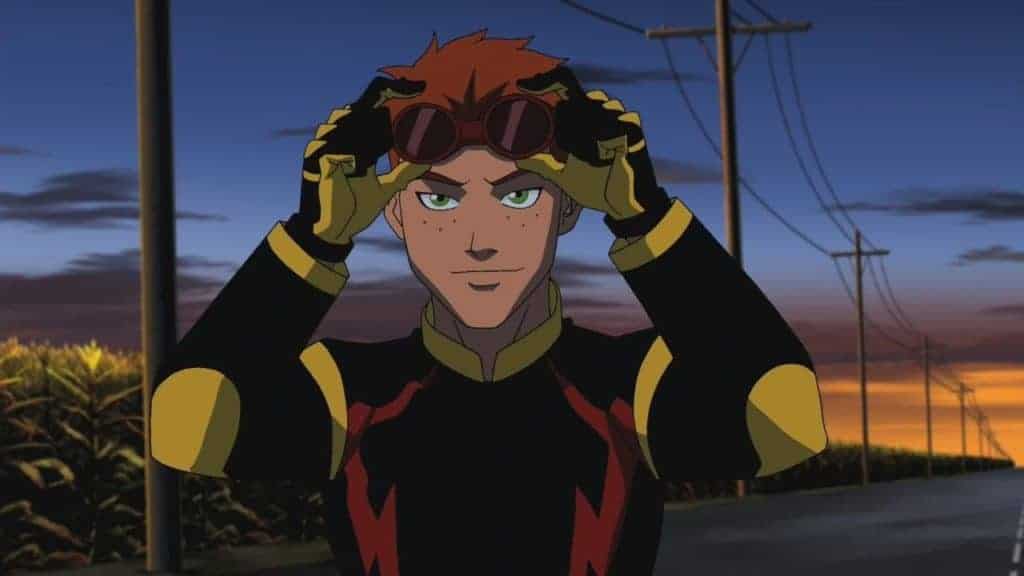 Conner Kent, also known as Superboy, is a clone of Superman. 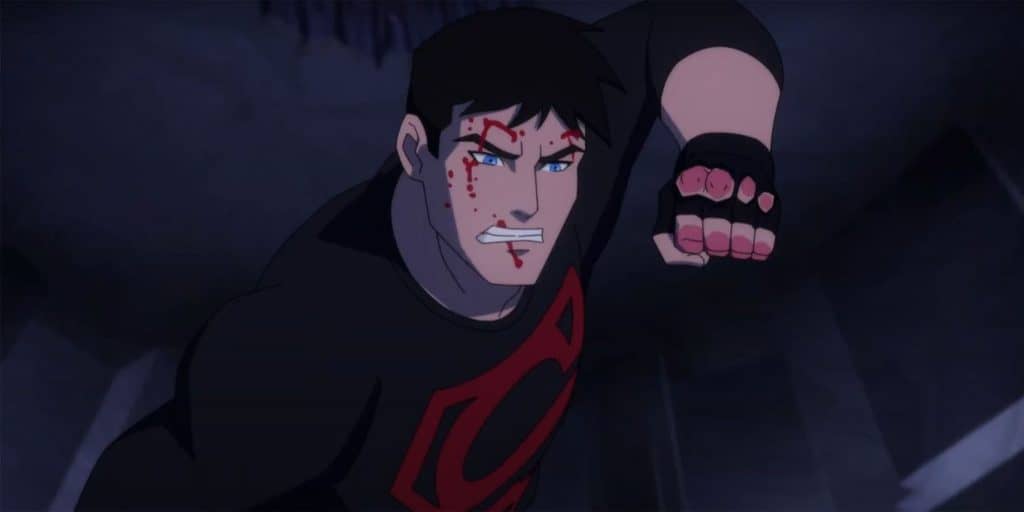 Kaldur’ahm is Aqualad, the protege of Aquaman.

Megan Morse is the real-world alias of Miss Martian. Her uncle is Martian Manhunter. 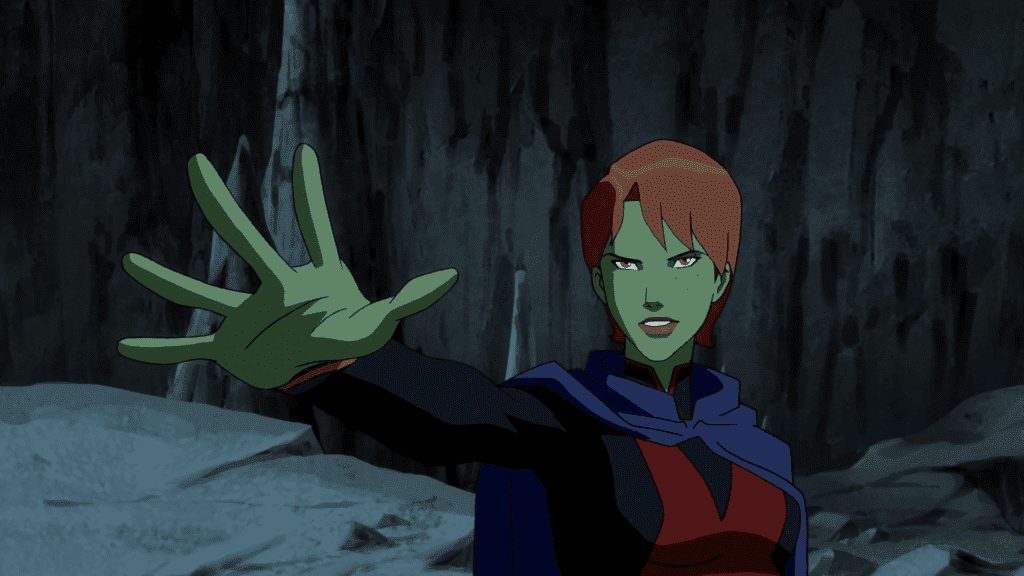 Artemis is the protege of the Green Arrow. She later takes the identity of Tigress.

Formerly known as Speedy, this character later becomes Red Arrow. This is another protege of Green Arrow.

Zatanna is the daughter of Giovanni “John” Zatara.

Some additional characters of note who have been added on throughout the seasons include:

See also  The Cast and Characters of DC’s “Titans”

When it comes to any superhero franchise, it’s critical to distinguish the good guys from the bad guys. We’ve summarized the heroes and their sidekicks above. Here’s a quick overview of some of their most noteworthy evil counterparts:

Where Can You Watch Episodes of DC’s “Young Justice”?

Season four of “Young Justice: Phantoms” premiered on HBO Max on Oct. 16, 2021. There are a few ways you can access the HBO Max streaming service. The most obvious solution is to subscribe to HBO Max directly. You can download the HBO Max app and subscribe via major app stores, including the Roku Channel Store, Amazon Appstore, Apple App Store, Samsung TV, and Google Play.

Alternatively, HBO Max is available via major digital, internet, and TV streaming providers, including YouTube TV, Verizon Fios, Xfinity, Spectrum, Optimum, Hulu, AT&T, Cox, and DIRECTV. Note that availability will depend on the provider and your subscription plan.

To stay up to date on “Young Justice” season four developments, check out BuddyTV. You’ll find essential information about the animated series, from future release dates to character roundups and more. Take a deep dive into BuddyTV’s content to ensure you’ve got all the details you need to be a super fan.