The “Suicide Squad” and DC fandom have been on high alert, eagerly anticipating the release of DC’s “Peacemaker” TV show. They won’t have to wait too much longer. The show will star John Cena, who played the anti-hero/supervillain in the latest Suicide Squad movie. In fact, even before the release of James Gunn’s blockbuster, Cena’s character had already become a fan favorite and was approved for its own “Suicide Squad” spinoff series. Gunn wrote the “Peacemaker” series during what was supposed to be a break before working on Marvel’s next installment of the “Guardians of the Galaxy.” He also reportedly directed some episodes, so we can anticipate that Peacemaker’s character will continue to have that violent, profane, and hilarious “Suicide Squad” spin we love.

If you, too, enjoyed watching the character of Peacemaker barely survive the Suicide Squad and are wondering what will be next for him, this is the perfect way to learn more about his origin story and where he ends up. Keep reading for a first look at all things Peacemaker.

When Is the Expected Release Date of DC’s “Peacemaker”?

It has been known for a while now that Peacemaker would premier in early 2022. The show recently released its new trailer and confirmed the official premiere date is Jan. 13, 2022. This initial season will include eight episodes which, it can be assumed, will roll out weekly. A second season of the show has not been confirmed by Warner Bros. yet, but the producers are hopeful.

Where Can You Watch DC’s “Peacemaker”?

“Peacemaker” is set to premiere on HBO Max. The streaming service has become the place to watch the DC extended universe unfold. In addition to releasing a catalog of movies from past and present, they are set to release a number of new series, including “Peacemaker” in early 2022.

Some other series include:

To watch “Peacemaker” and more of the DCEU on HBOMax, you’ll have to subscribe to the service. It’s also worth noting that HBO Max is not available outside the United States.

What Is DC’s “Peacemaker” TV Show About?

Cena’s character originated in the “Fightin’ 5” comic book, created by Joe Gill and Pat Boyette. After DC Comics bought the character, Peacemaker — also known as Christopher Smith — has gone through several reincarnations. This latest version is a spin-off of “The Suicide Squad” movie, where he made his big-screen debut.

In the film, Peacemaker is working with Task Force X Team. They are on a mission to destroy any evidence of Project Starfish. When Rick Flag decides the proof should be released to the public, Peacemaker steals the drive with the evidence on behalf of Amanda Waller, resulting in the death of Rick Flag. After the drive is subsequently stolen from Peacemaker by Ratcatcher 2, he attempts to kill her too but is stopped by Bloodsport, who shoots him. The new series was set up in the movie’s post-credits scene where we learned Peacemaker hadn’t died at the hand of Bloodsport. The movie also reveals that whatever else Peacemaker does, he is above all looking out for the greater good and will work with the government.

Initially, there were rumors the show would be a prequel. Based on the recently released trailer, though, the HBO Max series looks like more of a redemption arc for Peacemaker after he betrayed the Task Force X team. Peacemaker is now working with a new team and will need to learn to play nice and stop pushing people away from him — all without losing the humor that James Gunn is known for in his productions. We’ll also see his character’s story deepen as we learn more about his relationship with his father, and Peacemaker is forced to contend with his past.

Who Is Directing the “Peacemaker” TV Show?

Fans of “Suicide Squad” will be happy to learn that in addition to being the show’s creator and writer, director James Gunn also directed several of the eight episodes that comprise the first season. The rest are directed by Brad Anderson, Jody Hill, and Rosemary Rodriguez. Anderson is known for directing episodes of “Boardwalk Empire” and “Treadstone.” Hill directed “The Righteous Gemstones” and “Vice Principals.” Rodriguez directed “The Walking Dead” and “Jessica Jones.”

The show is produced by John Cena, James Gunn, Matthew Miller, and Peter Safran. Miller is best known for producing the television series “Lethal Weapon” and “Chuck.” Safran, no stranger to the DC Extended Universe, is known for several blockbuster movies, including “Aquaman,” “Flatliners,” and “The Suicide Squad.”

Who Are the Main Characters of DC’s “Peacemaker”?

With the premiere date closing in and the trailer recently being released, we have a good sense of who the main characters in the show will be and who the actors are who will play them. John Cena won’t be the only familiar face in the series. 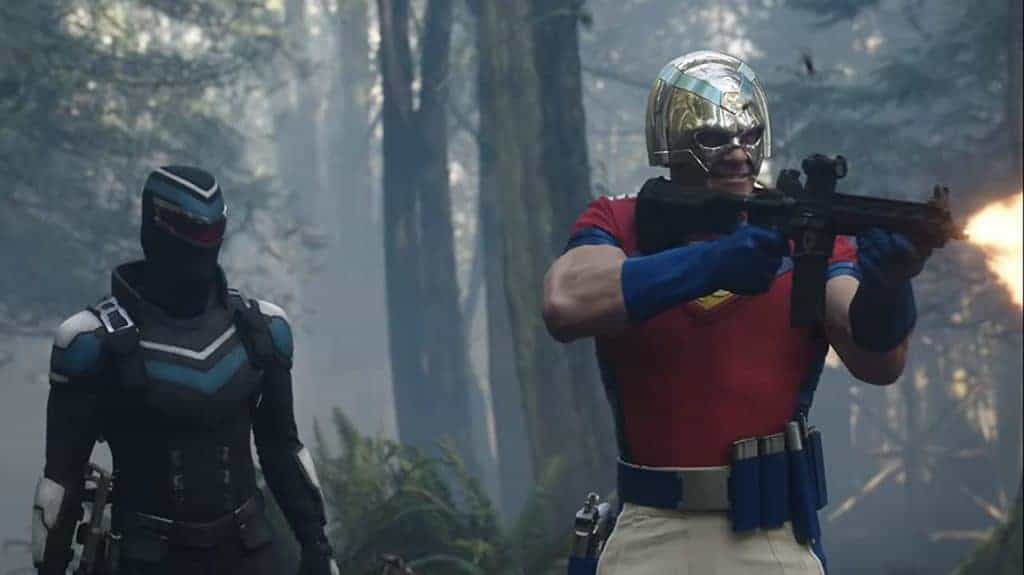 In addition to Cena as Peacemaker, we will see:

John Cena’s “Peacemaker” TV series is sure to be a fun experience. With several of the cast reprising their roles from the earlier “The Suicide Squad” movie — including John Cena, Steve Agee, and Jennifer Holland — and with Steve Gunn having created the show, we can expect all the humor, violence, and action we saw with “The Suicide Squad.” Fans don’t have long to wait for the show to release, only a few more months.

Keep checking back with BuddyTV in the meantime for all the latest news surrounding “Peacemaker” and all your favorite DC movies and television series.