Everything You Need to Know About DC’s “Batwheels” TV Show

“Batwheels” is an upcoming animated series based on iconic superhero cars from the DC Comics universe. “Batwheels” will feature a team of crime-fighting vehicles striving to clean up Gotham City’s streets and is slated for a 2022 premiere under the Cartoonito brand on Cartoon Network and HBO Max. This article will provide an overview of the forthcoming “Batwheels” TV show and offer details about the program’s plot and characters.

When Is the Expected Release Date of DC’s “Batwheels”?

Although the cartoon cars of the DC universe will definitely be making their debut in 2022, there is currently no set premiere date for “Batwheels.” What is currently known is that the preschool series has been produced by Warner Bros. Animation and features Sam Register, of “Looney Tunes” fame, as executive producer. Michael G. Stern (“Doc McStuffins”), Simon J. Smith (“Baymax Dreams”), and Steven Fink of Bang Zoom Ltd. are all involved at the production level, as well.

Where Can You Watch DC’s “Batwheels”?

Viewers will be able to enjoy this new Bat-family spin-off on Cartoon Network and HBO Max.

What Is DC’s “Batwheels” TV Show About?

“Batwheels” will focus on the relatable trials and tribulations of a host of DC superheroes that will delight fans of all ages. Freshly formed by the Batcomputer, this superteam of crime-stopping cars and kids will navigate adventures that highlight aspects of youthful life experience relative to school-aged children. Episodes will contain ordinary scenarios that teach lessons about teamwork and self-confidence that kids can learn from and adult viewers can enjoy for their humor and creativity.

What Age Group Is DC’s “Batwheels” Appropriate for?

Tom Ascheim, President of Warner Bros. Global Kids, Young Adults, and Classics, has described “Batwheels” as representing a new frontier into younger audiences for the Warner Media company. While “Batwheels” can certainly be enjoyed for different reasons by any fans of the DC Comics universe, it’s specifically geared toward the preschool and young child age bracket.

Who Are the Main Characters of DC’s “Batwheels”?

“Batwheels” will play home to nearly every major DC superhero or famous vehicle that viewers can think of from the comics. Many of these characters will be voiced by equally well-known actors. The following list represents the major characters of the forthcoming “Batwheels” TV show alongside the voice cast that will portray them: 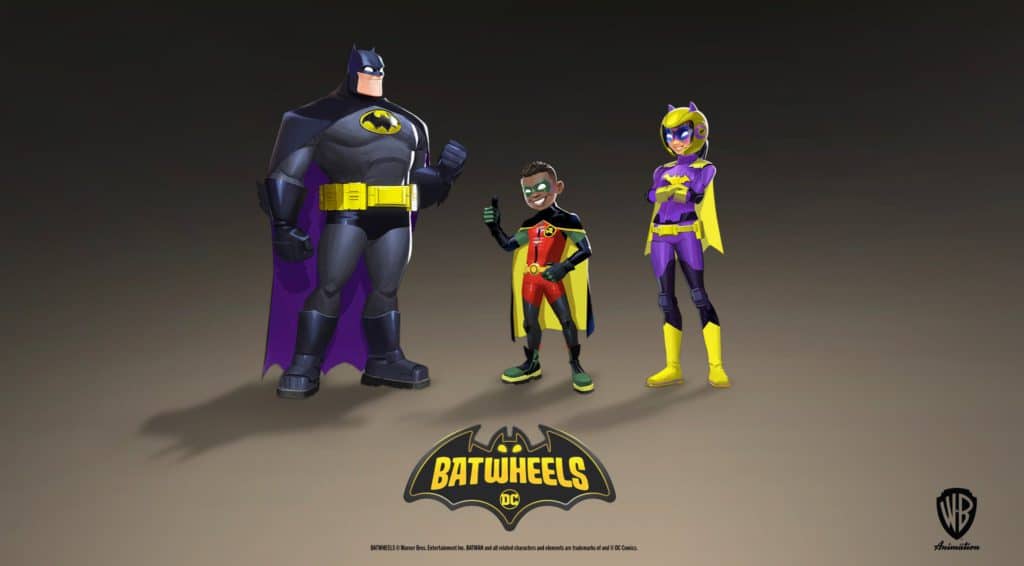 Any fan of Batman and Robin, “Batman: The Animated Series,” or DC Comics in general can find something to love in “Batwheels.” You can rely on BuddyTV for a weekly synopsis of many of your favorite TV programs and make us your one-stop shop for discovering other excellent animated offerings, such as “Teen Titans Go!”

To find more details about the upcoming “Batwheels” TV show and to check out other articles about DC shows or movies, visit BuddyTV today.