Produced by Marvel Studios, the first season of “Loki” (comprising six riveting episodes) appeared on TV screens on June 9, 2021. It forms part of the Marvel Cinematic Universe (MCU), a series of superhero films and shows, and takes place following the cinematic sequence of the film “Avengers: Endgame” (2019). The TV series attracted rave reviews for its impressive visuals, musical score, and character performances. Marvel Studios is currently working on the second season, which many expect to keep fans glued to their screens. The first season concluded on July 14, 2021, as part of the MCU’s Phase Four.

The Cast and Characters of the “What If” TV Series

Created by Michael Waldron, “Loki” is available on the Disney Plus streaming service, allowing Marvel Comics to enjoy its favorite stories and “Loki” characters in a cinematic realm. “Loki” follows in the footsteps of original MCU shows that premiered on Disney Plus. These shows include “WandaVision” and “The Falcon and the Winter Soldier.”

When it comes to the TV show’s premise, an alternate version of Loki appears before a mysterious organization called the Time Variance Authority (TVA) following the theft of the Tesseract in the “Avengers: Endgame.” TVA gives Loki an ultimatum to either cease existing due to his time variant status or assist in counteracting a threat by fixing time. As a result, Loki gets caught up in a world of crime traveling through time.

Portrayed by Tom Hiddleston, Loki is an alternate version of the Norse mythological deity responsible for creating the new sacred timeline after events in “Avengers: Endgame.” This time variant version is the main character and the god of mischief in the popular TV series. Although the shapeshifting character is Thor’s adopted brother, he’s yet to undergo the events of “Thor.” The character made a cameo appearance in “Avengers: Endgame” following his demise in “Avengers: Infinity War” (2018).

Loki’s bisexual status comes to the fore in this series, as the devious soul becomes the first queer character in the MCU franchise. It also explores Loki’s extraordinary talents, such as the ability to launch magic blasts and telekinesis. The Marvel Comic book refers to the character’s gender as fluid, a fact confirmed by the Time Variance Authority in the TV series.

For over a decade, Tom Hiddleston has portrayed Loki in a way that has earned him international fame. He expressed fascination with Loki’s incredible magical powers, particularly his shapeshifting abilities. As a result, Hiddleston has an in-depth understanding of the mercurial Asgardian god of mischief’s characteristics and abilities. The British actor also portrays President Loki, another variant operating as an army commander opposed to Kid Loki.

This six-part TV series has several fan favorites and new characters that boost its appeal. These characters include:

MCU puts a new spin on the established characters to create a fascinating story. The franchise also brings in well-known actors and actresses who add spice to the production. These stars deliver stellar performances that bring the mercurial and eccentric characters to life.

Here’s a closer look at the leading characters and actors in the “Loki” TV series.

Portrayed by Owen Wilson, Mobius M. Mobius is responsible for investigating crimes committed by the most dangerous time criminals. The character handles the detective role on behalf of the mysterious Time Variance Authority. Due to the nature of his work, Agent Mobius routinely locks horns with several Loki variants, including the female version called Sylvie (a trickster).

Owen Wilson finds the role fascinating and compares Mobius M. Mobius to Jack Cates in “48 Hrs.” The actor settled into the role, thanks to the help of Tom Hiddleston, who showed Owen key moments in previous MCU films. Wilson is a veteran actor and screenwriter known for his memorable roles in films like “Meet the Parents” (2000), “Behind Enemy Lines” (2001), and “Shanghai Noon” (2000). 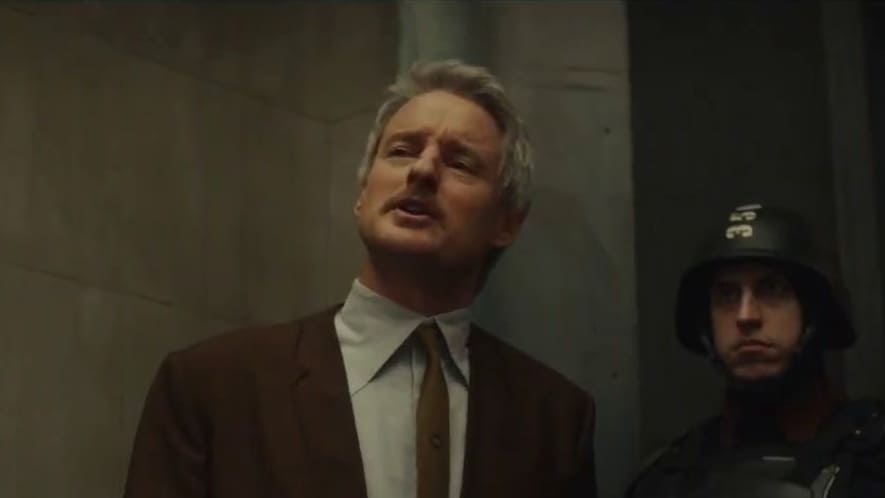 Gugu Mbatha-Raw appears in the TV series as Ravonna Renslayer, a prominent judge who previously worked as a Time Variance Authority Hunter A-23. As a high-ranking TVA official, Renslayer is responsible for investigating and determining the fate of Loki variant criminals. She is close to Kang the Conqueror, who will appear in other MCU productions, like “Ant-Man and the Wasp: Quantumania.”

The British actress is happy to portray the character she considers incredibly ambitious. She believes she joined the cast at a time when the character is starting something fresh. On another level, Mbatha-Raw noted there’s a considerable personality clash between Renslayer and Loki. Over the years, she has participated in many film projects, including Disney’s “Beauty and the Beast” as Plumette and the sci-fi drama “Doctor Who” as Tish Jones. 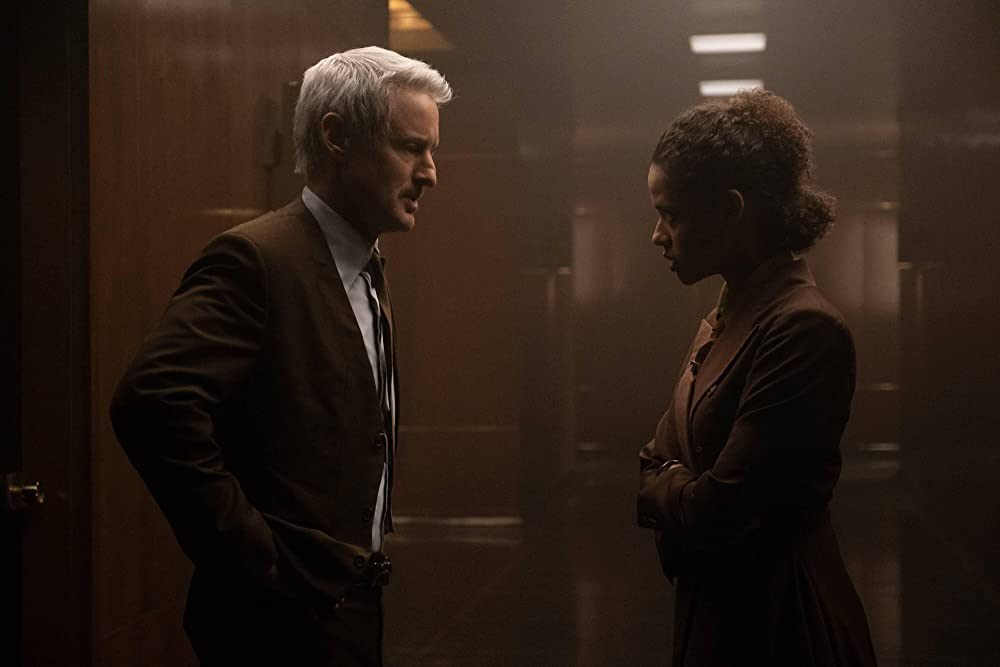 Played by Wunmi Mosaku, Hunter B-15 is a member of the Time Variance Authority preoccupied with a strong desire to stop Loki variants from decimating Minutemen troops. This character strongly supports the Time-Keepers, who she views as gods. She wants to see Loki reset, but Agent Mobius prefers getting through to Asgard or the Eternals. On the other hand, Hunter B-15 finds Sylvie enchanting and reminds her of the past.

Nigerian-born British actress Mosaku enjoys portraying B-15 due to the character’s originality and honesty. Although the character was initially male, the writers switched the character to female following Mosaku’s impressive audition. The actress has appeared in several movies, including the dark fantasy series “Lovecraft Country” and the horror movie “His House.” 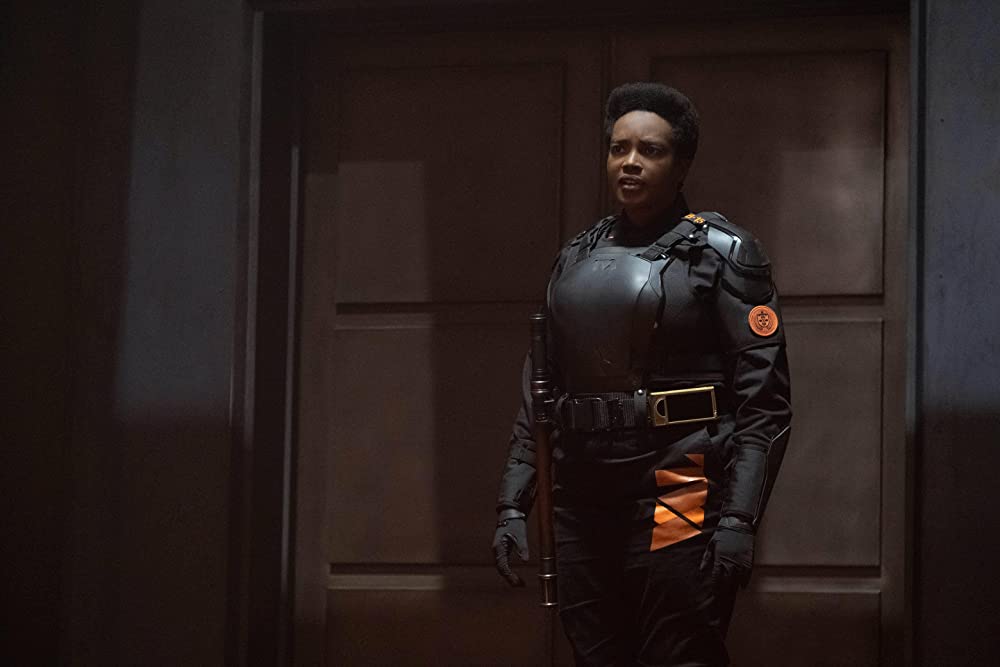 Miss Minutes is an animated Time Variance Authority mascot voiced by Tara Strong. Over time, the character’s role expanded beyond solely introducing the TVA, thanks to the mascot’s fun and endearing character. Its designers drew inspiration from Felix the Cat and other popular animated characters, resulting in an anthropomorphic clock mascot. Miss Minutes has a protective relationship with Kang the Conqueror or He Who Remains (portrayed by Jonathan Majors).

Tara Strong finds the character captivating because it conveys fascinating messages that embody her outlook and personality. The voice actress handles the task with a Southern drawl that adds an interesting spin to Miss Minutes. Previously, she handled voice acting roles in the X-Men superhero film series and as Harley Quinn in “Suicide Squad: Hell to Pay.” 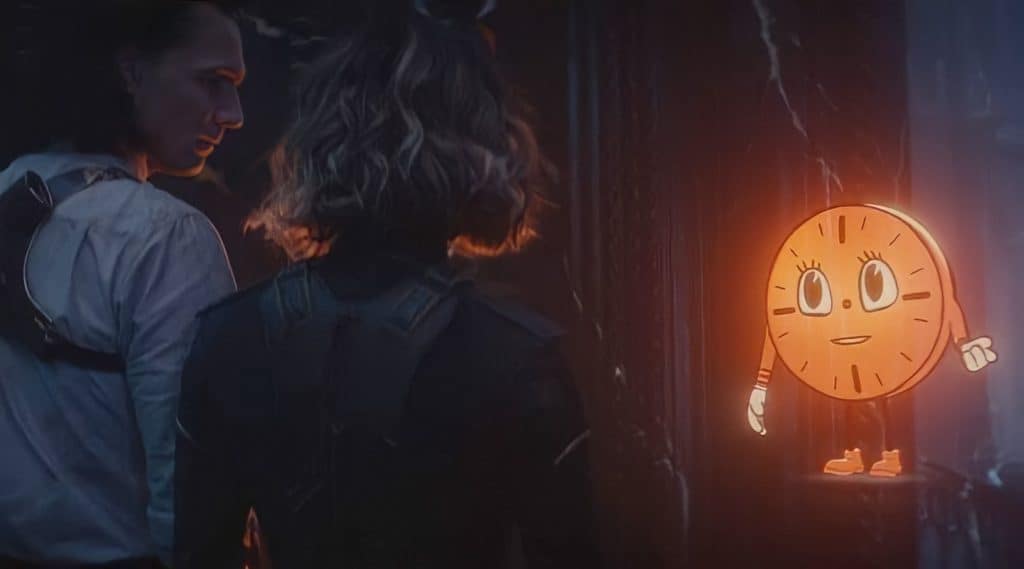 Sylvie Laufeydottir is a Loki variant with considerable enchantment powers. Although she doesn’t consider herself a Loki, she is passionate about attacking the sacred timeline. Portrayed by Sophia Di Martino, the character is the only female Loki variant groomed by the Time Variance Authority from a young age. She later absconded her role in the mysterious organization and became passionate about destroying the TVA.

Sophia Di Martino attributes her impressive performance in the TV series to the support given by Tom Hiddleston, who provided useful advice on portraying Sylvie. The British actress played the character using her regional accent to reflect Sylvie’s background. Di Martino has appeared in several television shows and movies, including the Beatles-themed romantic comedy “Yesterday” as Carol. 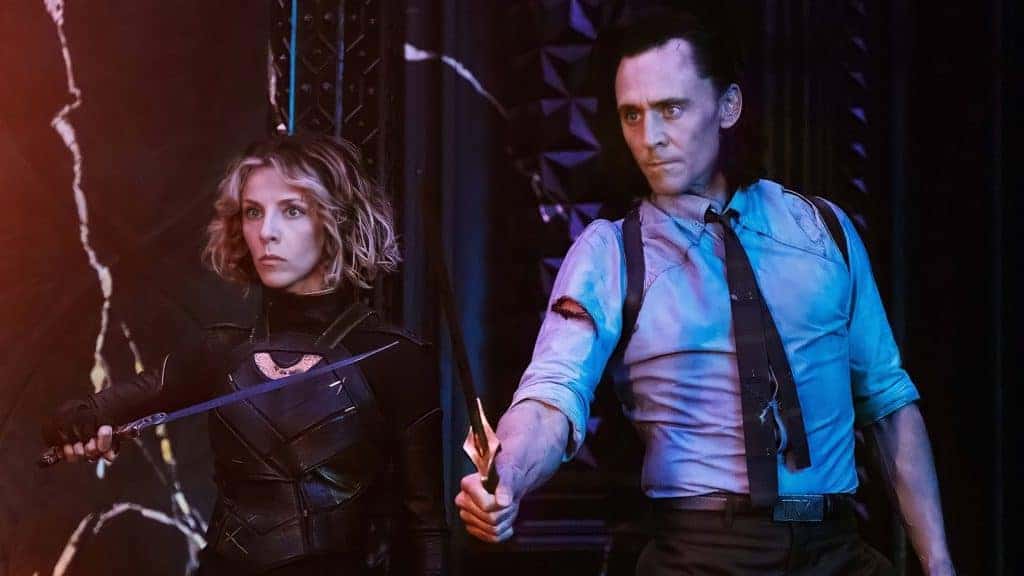 He Who Remains (a variant of Kang the Conqueror) created this mysterious organization to monitor timeline activities and preserve the sacred timeline. On the other hand, TVA operates as an infinitely bureaucratic entity responsible for governing realities in the Multiverse of Madness. It prevails over a temporal dominion that is significantly larger than Kang the Conqueror’s temporal empire.

It grooms employees for specific TVA roles, which last a lifetime. The organization prevents disputes and ensures efficiency by cloning employees from a specific genetic stalk. TVA has long-standing territorial disputes with other empires, such as the Delubric Consortium, Kang Dynasty, and Congress of Realities.

Discover More About Your Favorite Marvel Shows on BuddyTV

To discover more content about your favorite TV shows, explore the BuddyTV website. You can find more information about fan-favorite characters and actors from shows like “The Falcon and the Winter Soldier,” “Hawkeye,” “What If,” and upcoming releases like “She-Hulk.”