Sesame Street exists on the premise that kids watch TV — a lot of TV. The show merely takes advantage of couch potato-tendencies in order to educate and inform. It makes sense then that Sesame Street would parody just about everything already appearing on television for the education of the children.

The latest parody to hit the Internet? “Smell like a Monster,” a 49-second homage to last summer’s Old Spice viral sensation.

Sesame Street released the newest of these parodies, “Smell like a Monster,” last Thursday. The Muppet version replaces hunky Isaiah Mustafa with Grover. The horse is now a cow. And the clam tries to eat Grover’s nose. However, the true difference is intent, since Sesame Street is teaching kids the word “on” instead of tempting women to buy body wash for their husbands.

The result? An incredibly funny spoof and a brand-new viral video. In the Sesame Street video’s first weekend on YouTube, the faux commercial garnered more than 1.4 million hits.

Sesame Street parodies are not limited to just commercials. The kids show has been parodying more adult television for decades, and parodies have only multiplied during the past few years. In most cases, the parodied shows are not those likely to count small children as part of their viewing audience.

Desperate Housewives? Mad Men? True Blood? You might not think such show lend themselves to children’s television. But maybe it’s time for a Sesame Street education on that front.

RSI: Rhyme Scene Investigation
“Did you lose a muskrat, sir? A flat muskrat?”

Law & Order: Special Letters Unit
“In the alphabet system, there are 26 letters…”

Outrageous Makeover: Home Addition
“It is one boring door. Where is the outrageousness?”

It’s a little scary how often cows feature in these parodies. 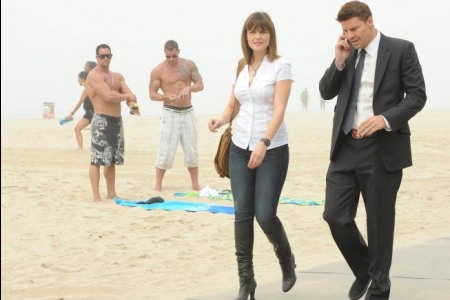