The Cast and Characters of DC’s “Harley Quinn” Series

It’s Harley Quinn season. She’s become a mega draw for Hollywood and a huge part of the DC fandom, appearing in movies like “The Suicide Squad” and “Birds of Prey,” portrayed by Margot Robbie. For comic book fans, Quinn’s psychotic enthusiasm is infectious. If you’re a fan, you should definitely watch the adult animated series “Harley Quinn.”

This Harley Quinn animated series follows the Batman villain as she tries to step out of the Joker’s shadow and make a name for herself. In this article, we’ll clue you in on what you can expect from the racy cartoon series and who some of the people behind the scenes are.

Unlike TV shows like “Justice League” and “Batman: The Animated Series,” the ultra-violent and raunchy “Harley Quinn” is not meant for children. After Quinn’s boyfriend, the Joker, escapes a fight with Batman and leaves her behind to fend for herself, she realizes the clown will never see her as an equal. She decides to make a clean break from the Joker and sets out to become a respected criminal overlord.

Her goal is to join the Legion of Doom alongside esteemed villains like Lex Luther, the Penguin, and of course, The Joker. Quinn puts together a ragtag team of lesser-known supervillains, like King Shark and Sy Borgman, to wreak havoc in Gotham City.

Who Are the Executive Producers of DC’s “Harley Quinn” Series?

DC’s “Harley Quinn” is a Warner Bros. franchise. The show was developed by executive producers Justin Halpern, Patrick Schumacker, and Dean Lorey. The group has a lot of experience writing in the comedy sphere.

This isn’t the first time the trio has worked on a DC series together. The team was also behind a short-lived DC sitcom that ran on NBC in 2017 called “Powerless.” Like “Harley Quinn,” the live-action show was a subversive superhero comedy.

It followed a group of engineers within the DC universe as they tried to make products to protect normal humans from superhero battles. The show starred Vanessa Hudgens, as well as a few actors who would eventually do voices on “Harley Quinn,” like Ron Funches and Alan Tudyk. Unfortunately, the comedy was cancelled midway through its first season.

Who Are the Main Characters of “Harley Quinn”?

The main characters of “Harley Quinn” include:

Dr. Harleen Quinzel grew up in an extremely dysfunctional atmosphere. Still, she somehow managed to become a psychiatrist. She first met and fell in love with the Joker when he was her patient at Arkham Asylum. He transformed her into his ideal girlfriend, a bubbly, violent, anarchic psychopath. Eventually, Harley ends up in Arkham before breaking out. When Harley understands that the Joker is just using her and doesn’t really love her, she becomes obsessed with proving to him and everyone else that she’s a criminal force to be reckoned with. The title character is voiced by Kaley Cuoco from “The Big Bang Theory” and “8 Simple Rules.” 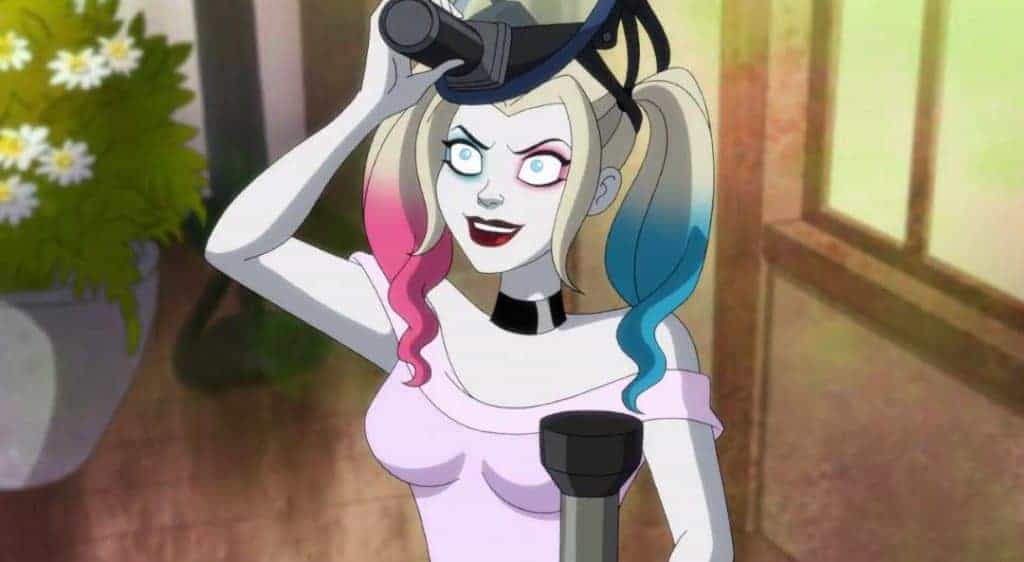 Dr. Pamela Isley was a brilliant botanist who was born with green skin and the ability to control plant growth. She eventually became an ecoterrorist and ended up in Arkham Asylum. Harley and Ivy are best friends even though Ivy’s more partial to plants. The character is voiced by Lake Bell from “In a World…” and “How to Make It in America.”

Basil Karlo is a disgruntled former actor who gained the ability to shapeshift after a pottery incident. He uses his abilities whenever the crew needs a spy. As a classically trained actor, he takes his disguises very seriously. While he’s very well-spoken and caring, he’s also very pretentious. The character is voiced by Alan Tudyk from “Firefly” and “Wreck-It Ralph.” 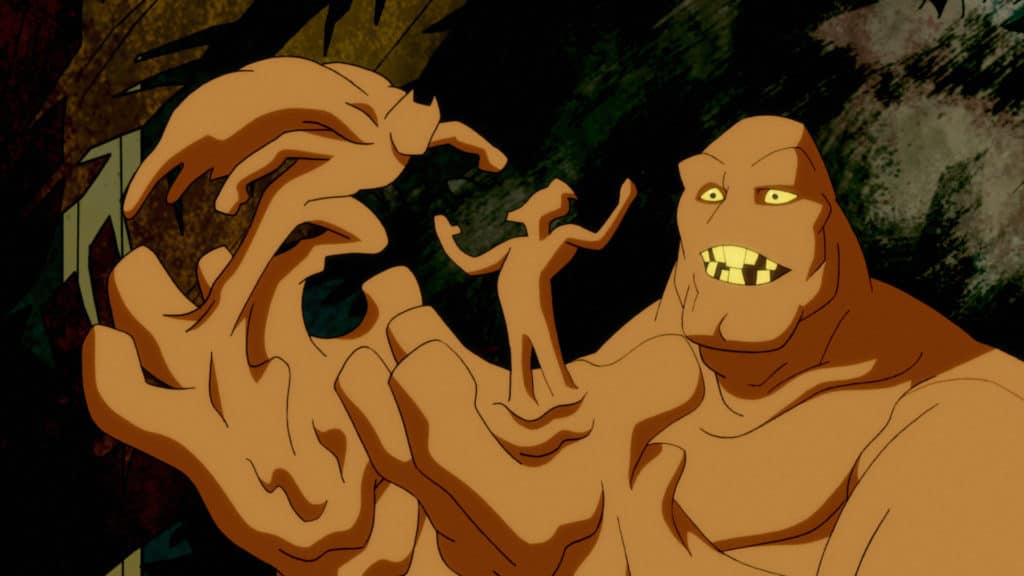 Edgar Cizko is a disgraced former member of the Legion of Doom. He lost his spot in the legion due to politically incorrect comments directed at Wonder Woman. He’s a very short villain with a huge head (that houses his telekinetic abilities). The character is voiced by Tony Hale from “Arrested Development” and “Toy Story 4.” 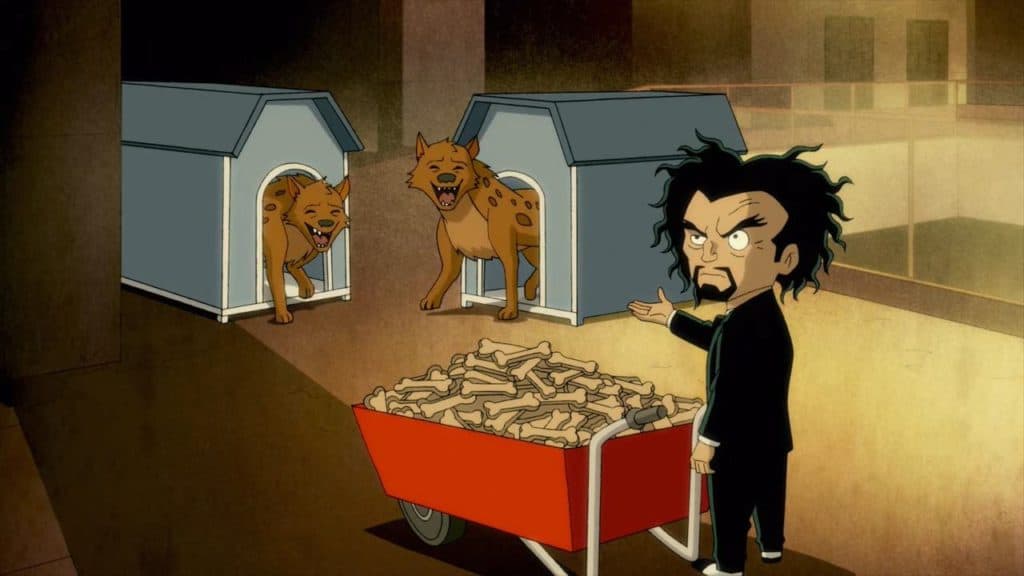 Nanaue is an actual giant shark person and serves as the muscle for Harley’s crew. He grew up in the ocean, where he was the prince of the Shark Men Kingdom. He left to avoid an arranged marriage. He’s very intelligent and kind most of the time, but he can become animalistic and ultra-violent if he smells blood. The character is voiced by the comedian Ron Funches from “Bojack Horseman” and “Adventure Time.” 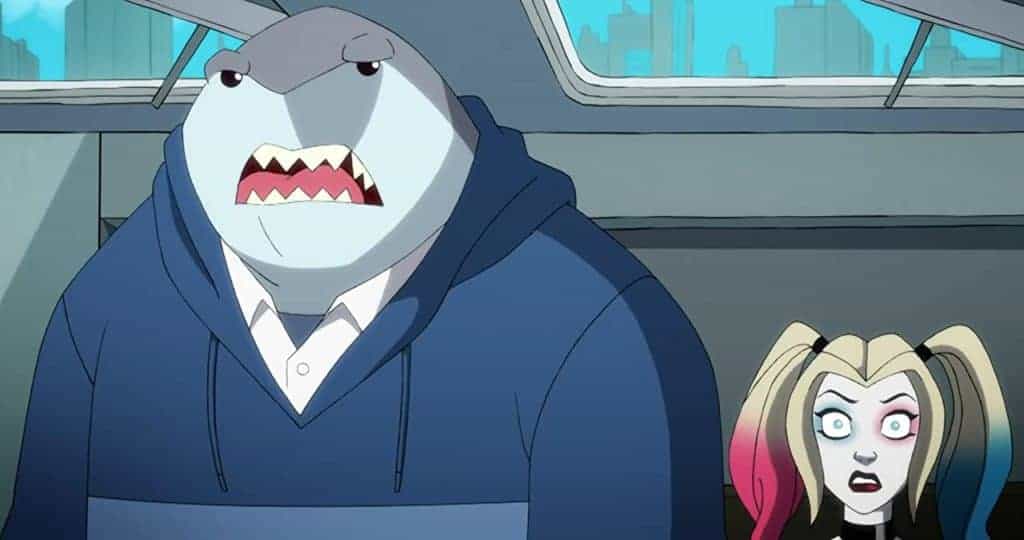 Frank was once an ordinary Venus flytrap before Ivy brought him to life and made him her roommate. He still remembers and is haunted by his time as a simple plant. He’s very loud and obnoxious but can also be sensitive. He eats people, drives, and smokes marijuana. The character is voiced by J. B. Smoove from “Curb Your Enthusiasm” and “The Millers.” 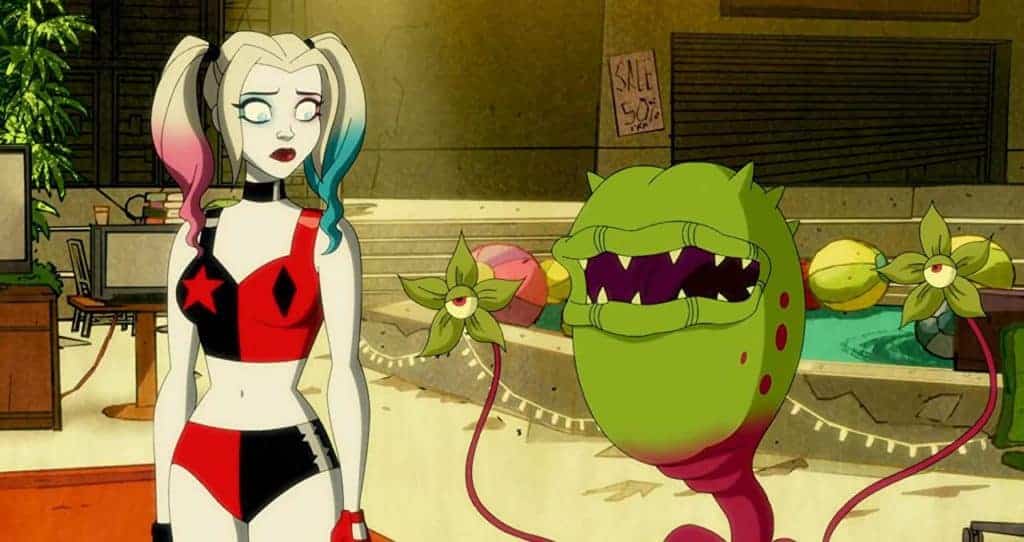 Harley Quinn and Frank the Plant

Sy is a former government agent with robotic limbs. He’s now very old and uses a wheelchair to get around. He was a cleaner for the CIA and a war criminal. He got involved with Harley’s gang after being Ivy’s landlord. The character is voiced by Jason Alexander from “Seinfeld” and “Pretty Woman.”

Who Are the Villains in “Harley Quinn”?

Technically, the protagonists of “Harley Quinn” are villains, so some of the show’s villains are actually classic DC heroes.

The villains of “Harley Quinn” include:

Gotham’s most dangerous criminal and Harley’s former boyfriend constantly betrays Quinn. Even after they’re no longer together, he does everything he can to prevent her from becoming a respected villain and gaining a spot on the Legion of Doom. 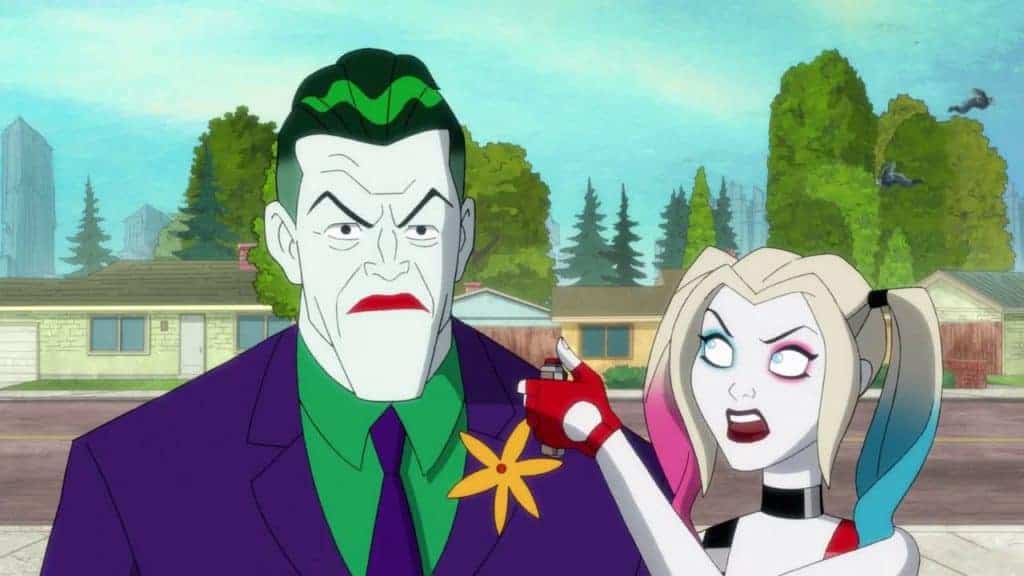 The Joker and Harley Quinn

Bruce Wayne dedicated his life to fighting crime after his parents were murdered in front of his eyes. The dark knight serves as a foil to many of Harley’s schemes. The character is voiced by Diedrich Bader from “EuroTrip” and “Office Space.” 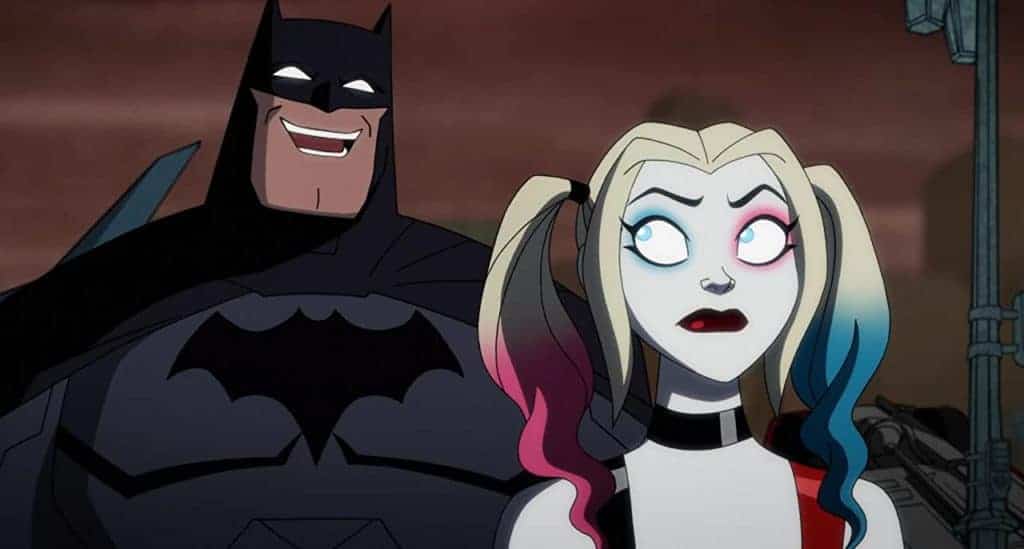 Gordon is the head of Gotham City’s police department. He’s very sensitive and has marital problems with his wife, Barbara. He thinks of Batman as one of his best friends, but Batman doesn’t share the sentiment. The character is voiced by Christopher Meloni from “Law & Order: Special Victims Unit” and “Oz.”

See also The Cast and Characters of Marvel’s “M.O.D.O.K.” 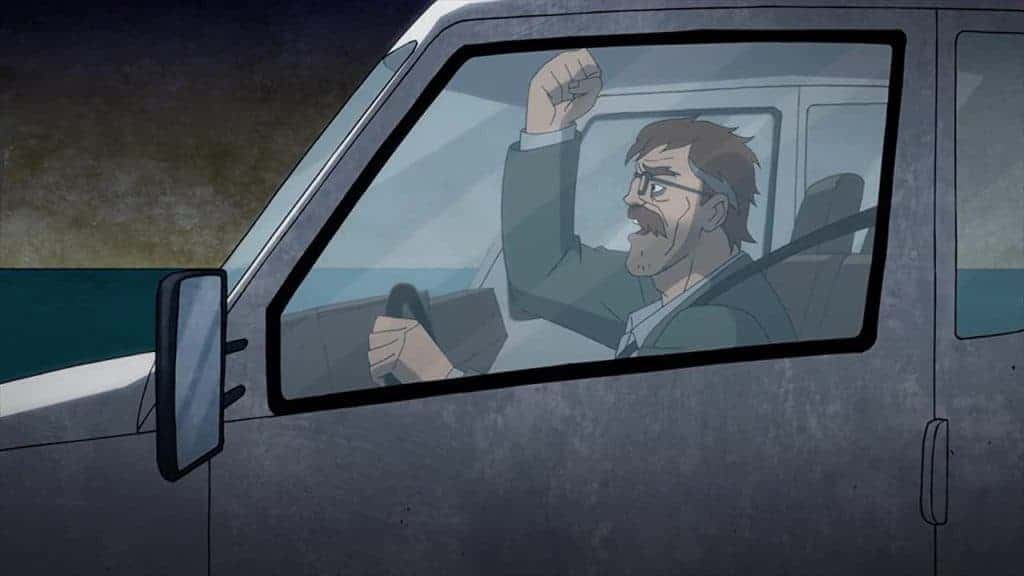 Nick and Sharon Quinzel are Harley’s cold and abusive parents. At one point, they even try to kill her to get the reward money. They are voiced by Charlie Adler from Disney’s “Aladdin” and Susie Essman from “Broad City.” 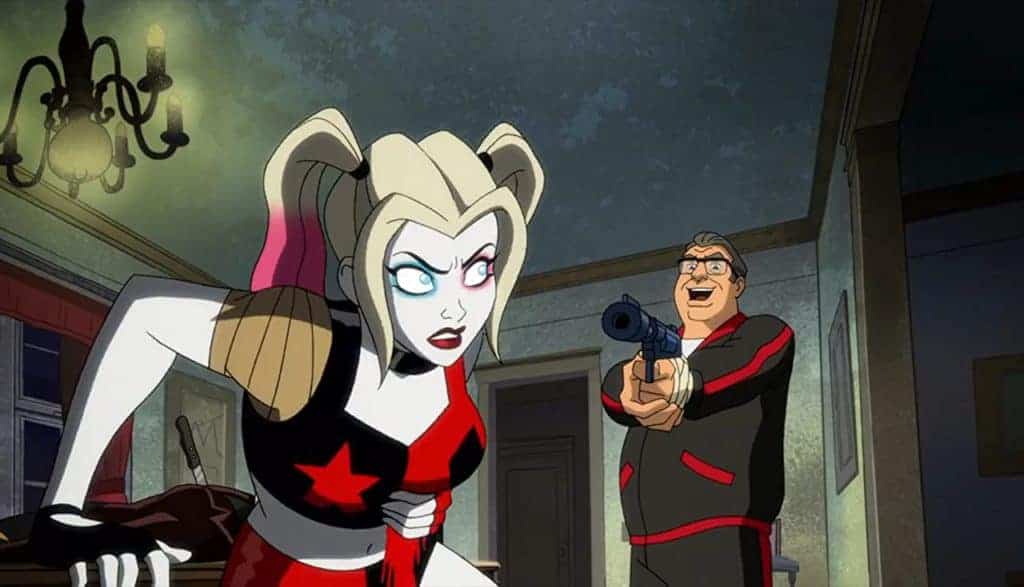 Harvey Dent was Gotham’s celebrated district attorney until half his face was severely burned. He’s now a heartless killer who flips a coin to decide if someone lives or dies. He later becomes the leader of the Injustice League. The character is voiced by Andy Daly from “Review” and “Eastbound & Down.” 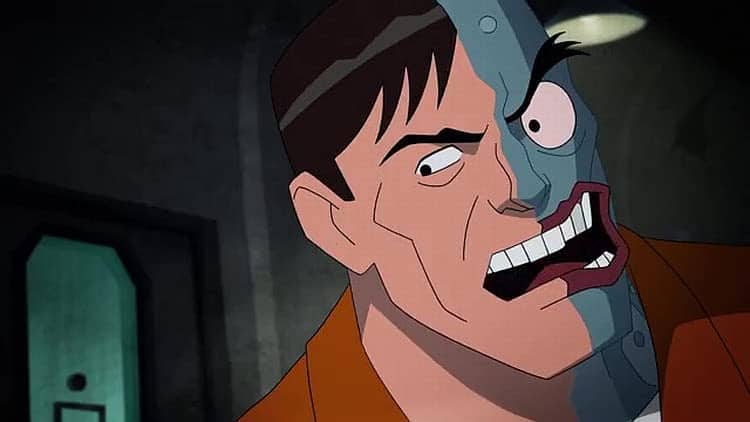 Oswald Cobblepot decided on a career as a criminal at a young age. He’s a very short and deformed man who has the features of a penguin. He’s very respected among the other members of the Legion of Doom. The character is voiced by Wayne Knight from “Seinfeld” and “Jurassic Park.”

Where Can You Watch Episodes of DC’s “Harley Quinn” Series?

The first and second seasons of “Harley Quinn” can only be streamed on HBO Max. However, you can purchase the series on DVD and Blu-ray on Amazon or in stores. The release date for the third season of the show will likely be in late 2021 or early 2022.

Learn More About the Latest DC Shows and Movies on BuddyTV

“Harley Quinn” is a brutally hilarious adult animation about one of the DCU’s most beloved antiheroes that both comedy and action fans are sure to love. Visit BuddyTV to get first looks and up-to-date information about other shows based on Marvel and DC comics like “Doom Patrol,” “Young Justice,” and “Stargirl” and find out which streaming services, like Netflix and Hulu, offer them.