‘Bones’ at Paley Fest: The Cast and Producers Tell a Lot

What would a festival celebrating the best of TV be without Bones? Fortunately, Paley Fest 2012 does not make us find out. On Thursday, March 8, the television-celebrating event welcomed the producers (Hart Hanson and Stephen Nathan) and cast (Emily Deschanel, David Boreanaz, John Francis Daley, Michaela Conlin and TJ Thyne) of Bones. 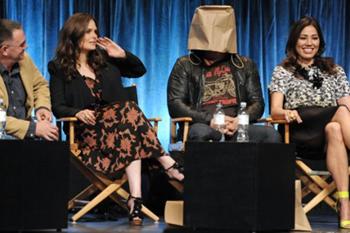 What did they say? Keep reading for all the highlights!

Before the panel began, it would seem that the lucky audience got to see the next Bones episode. Lucky jerks. This may explain why some otherwise spoiler-related things are suddenly known with certainty. 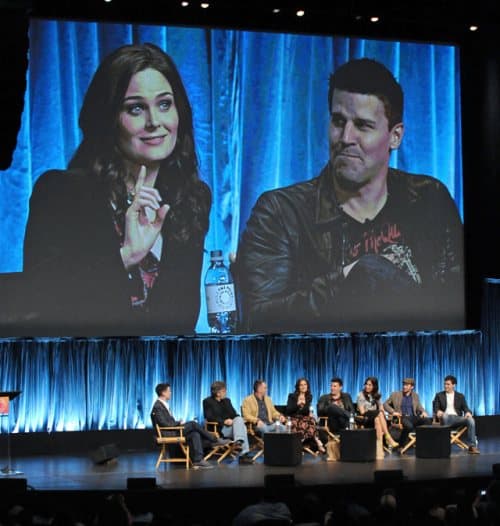 Here are the important things you need to know about the Bones panel at Paley Fest. Major spoilers are in bold font. 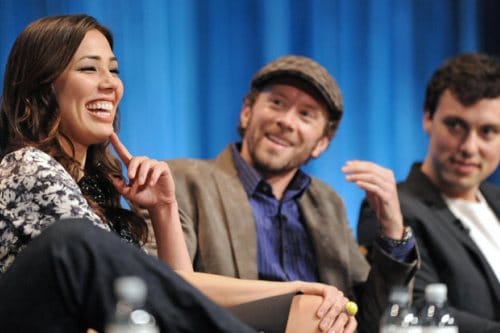 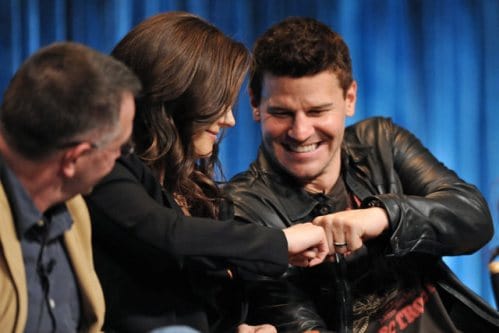 See also  4 TV Shows to Watch If You're Missing 'Bones'

Bones season 7 will return with new episodes on Monday, April 2 at 8pm on FOX.

(Images courtesy of the Paley Center for Media and FOX)