Sam and Dean Winchester have battled plenty of evil foes on the CW's Supernatural, but what about the more virtuous side of the supernatural realm?  Fans have long speculated about whether the Winchesters would ever run into a positive otherworldly force such as a guardian angel, or if they'd hunt for any Biblical relics like the Spear of Destiny.  Now Supernatural creator Eric Kripke has weighed in on whether the demon hunting duo will be meeting any heavenly creatures in the near future. 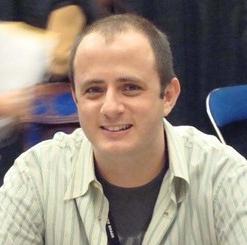 In a statement to TV Guide's Michael Ausiello, Kripke confirmed that he has no plans to directly involve the Winchesters in anything holy.  "We have a firm belief in the cosmology of this show that evil, in terms of demons, etc, is very tangible and real and out there," Kripke stated.  "Angels and supernatural forces of good are much more elusive.  But in my opinion — and the opinion of the writers — if God is out there, he isn't sending angels to fight the battles; he's working through a very human, sweaty, outgunned and overwhelmed group of hunters.  For us, these are the angels.  I think the point that's very important to us to make is that the forces of good work through humans who are flawed and imperfect and trying to make the right decisions.  And that's the way God works.  So we try to present that."

I think it's an interesting notion that the cadre of demon hunters on Supernatural are doing God's work.  Though as exciting as it might be to see the show tackle Biblical topics or to see the Winchesters have a run in with an angel, I think it would open up too many questions for the Supernatural universe.  The idea of heavenly beings existing to counterbalance all of the monsters on the show is a solid one, but where would that leave the Winchesters?  I'd imagine fans would start to wonder why guardian angels weren't intervening every time the boys ran into a spot of trouble.

For now, Sam and Dean will have to make due with their wits and their trusty Colt.  Divine intervention would certainly make their jobs a lot easier, but it would likely make the series less of a thrill ride.