Lost returned to the air at the perfect time to wrangle in some new viewers.  When the fourth season of the series premiered back in January, the writers’ strike was still going strong and the airwaves were littered with reruns and lame reality shows.  This dire television landscape surely helped Lost‘s return episode, “The Beginning of the End,” dominate the ratings with 16.07 million viewers.  This was an increase of nearly three million compared to the third season finale, proving that a lot of people were starved for a scripted hit.  However, as Lost‘s fourth season continued, the ratings fell from week to week, eventually bottoming out at 11.28 million viewers for last Thursday’s installment.  Why did nearly five million people abandon the show over those eight weeks? 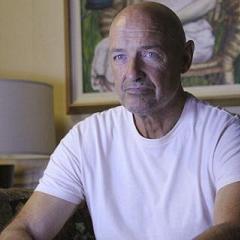 Before I get into some theories regarding Lost‘s ratings decline, let me point out that, despite the fact that the series has a set end date, the ratings are still important.  I know some people don’t care about the Nielsen numbers because the show has no chance of being canceled, but that’s not the only reason these numbers are important.  I don’t think any of us want Lost to go off the air after its sixth season with under 10 million viewers.  For a show that once pulled in over 23 million people, that would forever leave the impression that Lost suffered from a rapid decline in quality.  I really don’t think that’s the case, and I’d hate for the series to be left with that sort of reputation.

Here are three things that may explain the ratings decline:

1)  The Show is Complicated

As Lost has become more focused on its overall mythology for the past couple of years, I think it’s been better than ever.  I know some people long for the simplicity of season 1, but for my money, the more serialized Lost becomes, the more I love it.  It’s a show that requires you watch every single episode, and if you’ve missed or forgotten something from the past, it’s not going to go out if its way to remind you about it. Unlike a lot of shows, Lost believes in the intelligence of its viewers.

While I love the complicated plots and intricate mythology, it’s the kind of thing that scares off a lot of people. There are some viewers who think Lost is simply too much work, or that it raises too many questions without giving any answers.  These people may wait to watch the show on DVD, or they may have given up on it all together.  It’s possible that those people were wooed back to the season 4 premiere by the promise of a new structure, then quickly scared away by the fact that Lost still isn’t accessible to new, or returning, viewers.

ABC has always had trouble figuring out what to put on the air before and after Lost, which is one reason they’ve moved it around the schedule 150 times in four seasons.  For the first seven episodes this year, Lost‘s lead in was. . .repeats of Lost.  While this was handy for those who missed or wanted to re-watch the episodes, reruns are never a ratings juggernaut.  Last Thursday’s episode, “Meet Kevin Johnson,” had two episodes of the new candy-colored sitcom Miss Guided as a lead in.  While I did enjoy that series, the crossover audience for the two shows is probably non-existent.

When Lost returns on April 24, it’ll be airing at 10pm after brand new episodes of Grey’s Anatomy.  Because the doctor drama is still inexplicably popular, this could help give Lost the ratings boost it needs.

The Nielsen ratings are outdated and horrible for a number of reasons, which is why you need to look at more data before determining the fate of a series.  Millions of viewers watch Lost on their DVRs or by downloading the series through iTunes.  Millions more probably wait for DVD, thus making the torturous wait between episodes minimal.  Not everyone makes the initial broadcasts of the show their number one priority, meaning that it actually has many more viewers than the Nielsen ratings indicate.

Will Lost‘s ratings decline come to a halt when it returns after Grey’s Anatomy?  We’ll find out after April 24.