“Bombshells,” indeed. Tonight’s House promised to tantalize our senses, make us laugh, make us cry, make us sing. Well, it did that, but it didn’t mention that the ending would press the reset button to the series! And that it would seem suspiciously like a finale, rather than a middle of the season episode. Through Cuddy and House’s dreams and Cuddy’s cancer scare, we see the relationship between House and Cuddy unravel. And more than that, we see House fall to pieces. This one wasn’t for the faint of heart, and I’m still processing what I really think about the episode.

Getting to Know Cuddy

Last season when “5 to 9” aired, I figured we would finally understand how Cuddy thinks, her motivations and who she is. What I found out through that episode is that she’s a busy working woman who loves her child, is frustrated with her sex life and comes to rely on House. In other words, duh. I believe she’s an underdeveloped character. What an episode like “Bombshells” does is divide fans entirely. Some fans think Cuddy is acting completely out of character and thoroughly screwing up things with House. Others believe Cuddy is finally doing the right thing for herself. I am left wondering where I stand on this issue because, truth be told, I don’t feel like I ever really knew Cuddy at all. What was she thinking, really, when she got together with House in “Now What?” Did she secretly hope that the selfish man with a whole lot of potential would change? Or did she convince herself that she could “get happy,” and moreover, make him “get happy”?

House’s dream with the zombies was quite telling. Last week, he confessed to Cuddy that she made him a worse doctor. This week, he’s dreaming that the people stopping him from being with her in her time of need are his team, in zombie-attack form. So what does this mean? In my best dream analysis, it shows us that House is trying to be there for Cuddy but is slowed down by work. He’s also willing to put the blame on forces outside of himself for his inability to be a better person (i.e. his job). This refers directly to the week prior. Should House have to make real sacrifices to be happy? And wasn’t it interesting that House’s dream that should have been more related to Cuddy was really mostly centered around House? And using his cane and/or pain as a defense mechanism?

These three dreams showed us that Cuddy is concerned. No, she doesn’t literally want a ’50s ideal dad at home/breadwinner situation, but at the same time, her putting her sister down as a guardian speaks volumes. House is not ready. Repeat. House is not ready! In each vignette, we understand more of how Cuddy views House and more of who House really is within the context of their relationship. In the sitcom, House was a friend to Rachel and not a dad. In the ’50s version, he was so ideal (no limp, sweet, giving, selfless), it was absurd. And finally, in the western version, he convinced her to go all in with him and he bailed. Are these who House really is? Or is it just Cuddy’s subconscious running wild? There’s truth in the middle, but in Cuddy’s case, she only sees it from her side.

Get Happy and Ready for the Judgment Day

Of course, even a musical number on this show is depressing. Imagine a time machine that takes you back to season 5, when every episode ended on the most depressing note possible. We’re baaaack! The musical number “Get Happy” was perfectly selected for this episode. It’s a forceful, satirical and biting version of what would normally be a simple, happy tune. Instead it’s almost terrifying, as though the idea of “getting happy” is something to force yourself into. Even Cuddy, in this beautiful, white dress and House in a tux isn’t enough to put a real smile on her face. Cuddy in a white dress should be reminscent of Ginger Rogers. Instead it’s manic and like wearing shoes that don’t fit. You can’t walk in them without pain. Is it fair of Cuddy to end things after she said she accepted House for exactly who he is? Probably not. But maybe a part of her never really knew who he was at all. Like our POTW, maybe she thinks she knows everything, but she still doesn’t understand the real House.

The Break-up, the Vicodin and the Bathroom Floor

I feel like I just got dumped. But no, it wasn’t me, it was House. If you recall, I predicted that Cuddy would be the one to end things. Once House is in it, he’s in it to win it. There’s nothing she could have done to make him break up with her. Cuddy appears to have had a wake-up call, and to her this means she can’t be with someone who thinks he can do better but really can’t. She needs someone to show support without fear, without thinking of himself first and what he can handle. She needs unconditional support, and unfortunately House’s condition for being supportive is to dull his senses first with vicodin and not fully take in the pain it takes to be there for Cuddy. Does his “wanting to be there for her” count anymore? How long can he tell her that he can be better and not come through with it? In “Now What?” House told Cuddy words don’t matter, actions do. Well, his actions here speak for him. And quite loudly. And his words, well, Cuddy has heard his words before.

Has it only been a few months, as Cuddy said to her sister? Feels like these two have been together much longer, even just within the series. Regardless, if this is the end of their relationship, it’s also the start to something we’ve seen before: House as a Vicodin addict. For those eagerly waiting for the House/Cuddy breakup and for House to fall off the wagon, pop the champagne! For the rest of us, well, there’s a long road ahead and it’s paved in little white pills.

Nice job, directors and writers in the last few seconds paying homage to season 6’s finale, “Help Me,” with House on the floor in the bathroom, a total wreck gearing up to pop his favorite pain-numb-er. This time, there was no Cuddy to save him. In fact, it was the breakup with the woman he actually needs in his life that put him over the deep end. His issues are deep-seeded. In a year of therapy, he worked on understanding that he deserved and wanted happiness. In the upcoming episodes, he needs to start understanding how letting go and feeling pain completely is what happiness and love are based on. Numbing that pain is cheating, and Cuddy was right to be devastated.

Final question: Can House do better? He certainly wants to. Apparently, Cuddy will not be giving him the chance. Next week’s episode will be watched with a glass of wine at the very least. I need to dull my senses. On the upside, maybe the breakup occurs now so the makeup can happen at the end of the season.

1. Oh, yeah, there was a POTW. He paralleled House. Yada, yada, yada. No one understood him, and everyone around him took it personally that he wasn’t happy. If he is like House and House feels that way, Cuddy certainly took a stand at the end of this episode.

2. I’m unhappy about the breakup to say the least, but at least I understand it. Kind of. Well, maybe. What do you think?

3. So House is back on Vicodin? What does this relapse mean? Back to Mayfield? Bring back Andre Baugher (Nolan)! Also, does this mean that the last two years are null and void? What now?

4. Loved the vignettes. Kind of wish the patient this week hadn’t existed. Was he only there for the literal version of “bombshells?”

7. And when did Cuddy get all chummy with her sister? Two years ago in “Unfaithful,” Cuddy hoped she wouldn’t show to Rachel’s baby naming. Have things changed since their mom’s life was so recently at stake? Cuddy crying at the end and House in the bathroom made me want to grab some drugs. Epically depressing.

What did we think? I’m stunned and in the midst of processing. Love it, hate it, comment below. 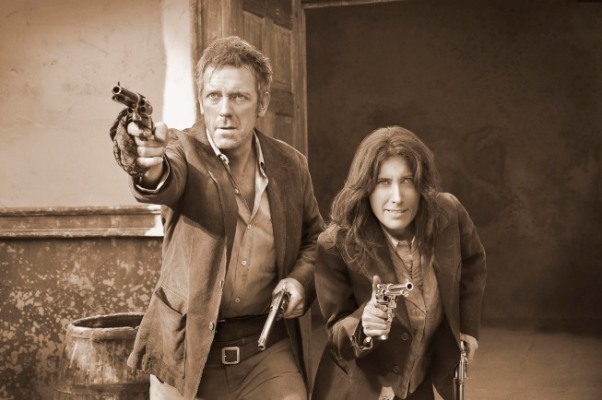 The Rings of Power

The Rings Of Power: Can It Succeed Like The Trilogy?

"The Lord of the Rings" movie trilogy became one of the most popular movie ...

There's something so alluring about shows that tell interesting sports ...

All About the Latest Season of “Delicious Miss Brown”

All About The Cast of “When Hope Calls”

“When Hope Calls” is a family-oriented American TV drama series that ...

What You Need to Know About “Growing Up Hip Hop”

Fans have enjoyed the music and followed the lives of hip-hop royalty such ...

‘House’ Series Finale Spoilers: Who Returns and Who Dies

What Is the Worst Thing Dr. House Has Ever Done

FOX Confirms That ‘House’ Season 8 Will Be Its Last