‘The Bachelorette’: Why JoJo Should Say No to All 4 Remaining Bachelors

It’s down to the wire on The Bachelorette. The best thing that can be said about this season is that it has certainly been a season of reality TV. The sad fact of the matter is that while JoJo seemed like she would be an interesting and dynamic Bachelorette, she has turned out a stinker of a Final 4.

Whether the blame can be placed on JoJo’s bad taste, a faux pas by the casting department, the fact that maybe this crop was meant for ABC’s first choice Caila Quinn or some combination of the above, JoJo has gotten a rotten deal. It’s never the “ideal” situation to end The Bachelorette (or The Bachelor) but JoJo should say “no” to all 4 guys and their hypothetical proposals.

Let’s put aside for a second that 3 of the 4 guys in JoJo’s final picks look almost exactly the same. Luke stands out a little bit because of his bowleggedness and cowboy-esque nature but he is the only one with any unique look. Jordan, Robby and Chase could be brothers. In fact, Jordan and Chase look more like Robby’s brothers than his actual siblings. This, while kind of disturbing, is pretty much irrelevant. The guys share something more than looking like they come from the Metrosexual White Male catalog. They are all terrible boyfriends for JoJo.

Chase might be the most boring person on the show. Chase’s big wound and dramatic backstory is his parents’ divorce. I’m not discounting the trauma that a contentious divorce can have on a young kid. Chase, however, is a grown-ass man and it is well past time that he came to terms with the fact that his parents weren’t meant to be together. Chase needs some therapy. Chase is not meant for a national reality TV show where he is trying to find a wife. This is not even to mention that Chase might very well have spent the season heavily sedated for all the emotion and personality he has shown.

Then there are Robby and Jordan who are two peas in a douchey pod. I fully recognize that tabloids are the scum of the earth and 99.9% of the stories are not true. I don’t put much stock in all the rumors about Robby and Jordan that have come out during this season of The Bachelorette. I do, however, believe in the reactions of Jordan and Robby when confronted with these rumors and that they are lying through their teeth about cheating / breaking up with their ex-girlfriends.

The only thing I have believed from Jordan is that he has a weird or nonexistent relationship with his brother Aaron. Everything else from Jordan really does seem like he is pivoting for something bigger outside of The Bachelorette and it is not a marriage with JoJo. Robby, meanwhile, is about as fake as his too-large forehead, which is frozen permanently from what I can only assume are thousands of botox injections. If JoJo ends up with either one of them, and that’s a sad possibility, it probably won’t last more than a few months after The Final Rose.

In all these many insults I have left out Luke and there’s a reason. Luke is the only genuine and decent guy left in the Final 4. Luke is the only one who I want to “win” The Bachelorette. He’s also the only guy, besides maybe Chase, who has the least chance of winning. The big cliffhanger of the hometown dates — where JoJo said she was going to send Luke home and he interrupted her with a declaration of love — is really just delaying the inevitable.

See also 'The Amazing Race' 27 Leg 4 Prediction: Which Team Will Go Home Next? 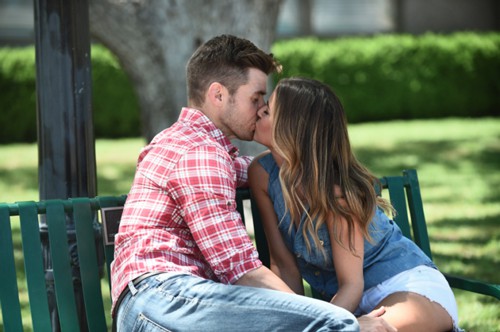 It’s certainly possible that JoJo saying she was going to send Luke home and her subsequent airport breakdown was a manipulation of the producers and editors. I find that a little too hard to believe. There are a lot of things that you can say about JoJo and her ability to cry at the drop of a hat but the tears always seem real. They might often be about “stupid things,” but JoJo is actually upset about them. I really do believe that JoJo was going to send Luke home and he stopped it by telling her he was in love with her.

This means that Luke’s days on The Bachelorette are numbered. Maybe he will make it to the Fantasy Suite dates, maybe he won’t. Perhaps Luke will even be among the Final 2 guys but unless something happens that severely damages JoJo’s opinion of Jordan, everyone is going up against Jordan. No one has been able to damage Jordan, for whatever reason, in JoJo’s eyes. Luke is fighting a losing battle. His “I love you” might have bought Luke some more time with JoJo but it’s borrowed time.

JoJo shouldn’t say yes to a real relationship with Luke just because the majority of the audience sees him as the more heartfelt guy. If she doesn’t feel something for Luke, she shouldn’t force it. JoJo is clearly leaning toward Robby and Jordan and she should go there if that’s what she wants. It’s a horrible mistake in finding a life partner but at least it’s JoJo’s horrible mistake.

But what do you think? Can JoJo find happiness with any of her final suitors? Who do you want JoJo to end up with? Are you rooting for anyone? What do you make of Robby and Jordan?

The Bachelorette airs Mondays at 8 pm on ABC.

Everything You Need to Know About “The Bachelorette”

‘The Bachelorette’ Prediction: Who Will Be Rachel Lindsay’s Fiance?