The legal battle between Carol Burnett and the producers of Family Guy over a controversial episode that parodied her is finally over. After nearly three months of legal tussle, a federal judge has decided to toss the lawsuit, giving the folks behind the animated series the last laugh. 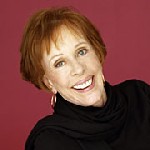 U.S. District Judge Dean Pregerson made public on Monday that while he “fully appreciates how distasteful and offensive the segment is to Ms. Burnett,” the parody on the controversial episode was protected by the freedom of speech rights guaranteed under the First Amendment.

“In the new media, any self-imposed restraint essentially has been eliminated. Public figures, such as Ms. Burnett, are frequent targets of parodies and crude innuendo,” the judge said. “As Ms. Burnett well knows, it takes far more creative talent to create a character such as the ‘Charwoman’ than to use such characters in crude parody. Perhaps Ms. Burnett can take some solace in that fact.”

See also  'Family Guy' the Movie in the Works?

Burnett’s lawsuit was for copyright infringement, statutory violation of right of privacy, and misappropriation of name among other claims. With the said violations, Burnett was seeking more than $2 million.

‘Family Guy’ the Movie in the Works?

Live from Comic-Con: Will ‘The Cleveland Show’ Be a ‘Family Guy’ Redux?