‘Bones’ Fan Columnist: What to Expect in the Second Half of Season 6

Hello, Bones fans! So I don’t know about you, but I’m personally still trying to get over the heartbreak and emotional damage that came with last week’s mid-season finale. I mean, really Booth?  Really Bones writers?

I don’t even think we can use the excuse of trying to be true to the characters anymore because I think we can all agree that the Booth we have all known and loved for years now is not the same guy anymore, so my question is: Where do we go from here?

What can we expect from the second half of the season, and how do we get back to the old Bones? Well, of course I don’t have all the answers to these questions, but I was able to gather up a few interesting tidbits for you guys to think about over the break. Check it out!

When Bones returns on Jan. 20 with its episode, “The Bullet in the Brain,” directed by David Boreanaz, Booth will have to confront his past when he comes across a fellow sniper, Jacob Ripkin Broadsky, who, according to executive producer Stephen Nathan “[has] perverted the profession.”

Nathan revealed that this storyline, which will continue for three episodes, is going to have a tremendous impact on Booth emotionally, but perhaps best of all, he also revealed that this sniper will “affect Booth and Brennan in a very profound way.” Sounds promising, right?

Not so fast. Although the sniper might give Booth and Brennan a little push in the right direction, he is also reportedly going to “take out” a recurring character. Now, given the fact that Carla Gallo and Ryan Cartwright, the actors who play Daisy Wick and Vincent Nigel-Murray respectively, have been cast in new series, does this mean it could be one of them?

Well, at this point, the identity of the sniper’s victim is still up in the air, but please feel free to comment below and speculate further!

Yes, unfortunately my friends, as much as I wish she would just go away, it seems as though Hannah will still be a big part of the second half of season 6. According to Stephen Nathan, we’ve still got some things to explore when it comes to her character.

Also, as much as I hated it, Booth said Hannah was not a “consolation prize,” and he has claimed repeatedly that he “loves” her. I say he “loves” her because it seems totally implausible that he could have fallen out of love with Brennan so fast. He really should take a hint from Sweets one of these days, don’t you think?

But, alas! All hope is not lost. In regards to Hannah’s stay on Bones, Nathan did say, “We know what her profession is. We know that she has been on the move her whole professional life. She comes and goes.” So maybe she can go ahead and move on out of Booth’s life forever? Fingers crossed …

Get ready, everyone. There’s going to be a proposal on Bones sometime in February. As of right now, the particular couple remains a secret, and I think we can only safely rule out Angela and Hodgins for obvious reasons. Also, on that note, be on the lookout for Angela’s baby bump when Bones returns.

Oh, and as a side note, if Booth ends up proposing to Hannah, I think I might lose it. Just thought I’d throw that out there.

When Bones returns in January, it will now be airing after American Idol at 9pm rather than 8pm. Or if you’re like me and are on central time, be sure to watch at 8pm instead of 7pm.

Hooray for Cam! Elon Gold will be reprising his role as Dr. Paul Linder when Bones returns early next year, and I don’t know about you, but I have a pretty good feeling about this. Who knows? Maybe we’ll even get to see some major Cam and Paul interaction in the Bones Valentine’s Day episode, “The Bikini in the Soup.”

We just can’t get rid of her can we? According to Dierdre Lovejoy, the actress who plays the Gravedigger, we will be seeing her again in the Jan. 20 episode of Bones. Now, I’m not exactly sure how that’s going to all play out, but I will say that given all we know about that episode so far, it’s clearly going to be very intense.

So, that seems to be all I have for you as of right now, but I’ll be sure to keep you posted if I find out any other major Bones news, my friends. I hope you make it through the hiatus with relative ease, and here’s to hoping the second half of Season 6 will be better than the first! 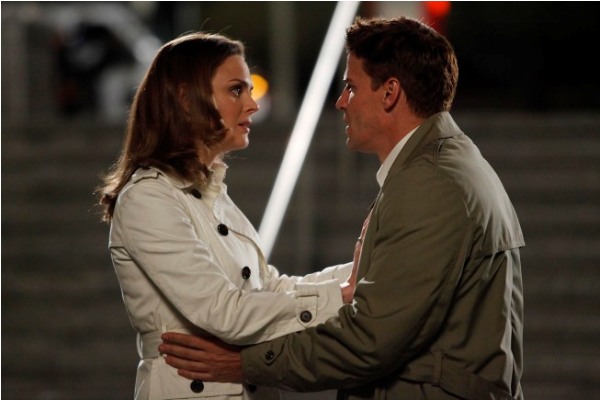 Open Season Movies in Order: How to Watch the Film Series

Are you looking to settle for a movie night with enchanting classics? We've...

If you're in the mood for a good laugh, you must check out our list of the ...

Fifty Shades Movies In Order (How to Watch the Film Trilogy)

If you're eager to watch the Fifty Shades movies but need help figuring out...

Fear Street Movies In Order (How To Watch)

Netflix's release of the newest Fear Street trilogy has got everyone ...

Hannibal Lecter Movies in Order: How to Watch the Film Series

Any fan of horror movies knows the name "Hannibal Lecter." This iconic ...

Open Season Movies in Order: How to Watch the Film Series

Fifty Shades Movies In Order (How to Watch the Film Trilogy

Fear Street Movies In Order (How To Watch

Hannibal Lecter Movies in Order: How to Watch the Film Series