Hello there, Bones fans. It seems like forever since we last spoke, but thankfully, our favorite show returned last night with an all-new episode, “The Killer in the Crosshairs” in which we saw the return of Booth’s sniper nemesis, Jacob Ripkin Broadsky.

Now, for any of you who have not yet seen this episode, please do so before reading this. However, as always, for those of you who did catch the episode, let’s get right into last night’s intense battle between good and evil.

Anytime Jacob Broadsky comes around, you know there’s going to be trouble. But, this trouble does not just apply to the overwhelmingly large trail of deaths he leaves behind.

No, it also applies to the characters’ internal struggles as well; in particular, that of Booth. With Booth seeing himself as similar to Broadsky in certain respects and having Brennan constantly point this out, this episode saw Booth having to come to terms with some seriously intense issues.

For instance, at the beginning of the episode, Broadsky killed a counterfeiter named Walter Coolidge because, as usual, he sees himself as the kind of person with the moral high ground to make such a call as to who lives and who dies, the call as to which bad guys should be killed in order to bring about justice.

Then, at the end of the episode, he intended to shoot a crooked cop named Gregory Allen because he took a bribe — not to arrest a hit and run driver who killed a woman and two children.

See, the thing is that in Broadsky’s mind, he thinks he’s doing the world a favor through his actions, but as Booth is quick to point out, what gives him the right to make such a decision? The simple truth is that what he is doing is wrong, so Booth is justified in his anger.

He does acknowledge Broadsky’s previous heroic actions like saving the lives of 12 soldiers, including that of Paula Ashwaldt when their unit came under attack, but as he so poignantly put it, Broadsky is now “off the reservation.”

Sure, as snipers, they both killed people in the past, but the pivotal difference is that Booth never wanted to pull the trigger. However, because it was during a war and it was a necessity, he committed a terrible act for the greater good.

What’s more, Booth cannot stand the idea of collateral damage, unlike Broadsky who threatens that he will not hesitate to make Parker fatherless. Also, at the end of the episode, when Booth and Brennan are able to track down Broadsky and prevent him from shooting the cop, Booth has a clear shot to kill Broadsky but instead shoots at his weapon, proving that he does not enjoy taking someone’s life.

So, in essence, perhaps Brennan said it best when she said that Broadsky is bad and Booth is good. Sure, the stakes were high for Booth in this episode, but we all know that he has the heart of a lion, which will most assuredly make for an exciting conclusion to the entire sniper arc as we see his final face-off with Broadsky.

Don’t you just love when Angela’s father comes to town? I mean, really, Billy Gibbons does such a fantastic job every time he reprises his role that I always find myself amazed and gasping for air because I’m laughing so hard at everything that he says.

In particular, in this episode, he arrives at the Jeffersonian to announce to Angela that her baby’s name came to him in a blues number almost as if he had heard it from God. Of course, because he gave Angela the name that she hated so much that she changed it as soon as she could, Hodgins is reluctant to let her father name their child.

Although he is willing to do anything to make Angela happy because he loves her, he just cannot stand by and agree to name their baby Staccato Mamba. Instead, he tells Angela’s father that they will name their baby Michael Joseph if it is a boy or Katherine Temperance if it is a girl. So adorable, right?

Eventually, Angela’s father relents, but not before he has done some more damage to Hodgins. In particular, he loads him up with tequila and then has him get a tattoo on his other arm with a picture of his face and the word “Dad.” Oh yes, Sweets is right to be afraid of him.

Yes, I am aware that we’ve seen them quite a bit throughout a good chunk of Bones‘ entirety, but wasn’t it great seeing Caroline Julian and Vincent Nigel-Murray back at the Jeffersonian last night? Perhaps it’s just me, but it seems like it’s been forever since we last saw this epic comedy duo.

Like the return of Billy Gibbons, it’s almost a guarantee that you’re going to laugh if an episode has these two in it. Now, while Caroline was her normal ebullient self, Vincent Nigel-Murray was a bit different.

As it turns out, his sponsor believes it’s important that he restrains his compulsion to use facts to keep people at arm’s length, so while helping with the investigation, he is abnormally quiet and even pinches his lips to prevent himself from blurting things out. Oh Vincent Nigel-Murray, you really are a very entertaining person.

Stand Beside Your Partner

How cute were Booth and Brennan at the beginning of this episode? My friends, I just have to say that I think things are actually looking favorable for our favorite should-be couple at this point. I don’t know why, but I just have a good feeling.

Booth and Brennan each had to trust in each other in this episode, and seeing as they, and in particular, Brennan, did it, I think this might have cleared up some lingering doubts any of us might have had about the two and their personal and professional relationship.

Also, at the end of the episode when Brennan declared that she was standing right beside Booth like always and that she always will, I was reminded of their pre-Hannah dynamic, and I feel like with every episode Brennan is just opening herself up more and more — and I am loving every second of it.

Of course, I cannot wait for the next new episode of Bones, which features Booth and Brennan trapped in an elevator together and alone.  And judging from the promo, it looks like it’s going to be amazing. So, what are you waiting for? Check it out below!

As always my fellow Bones fans, thank you for taking the time to read this, and be sure to hit the comments so I can hear your thoughts on this week’s episode and/or anything Bones related. 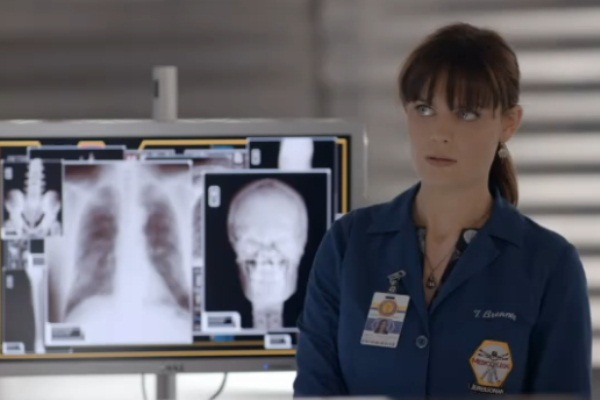 The Rings of Power

The Rings Of Power: Can It Succeed Like The Trilogy?

"The Lord of the Rings" movie trilogy became one of the most popular movie ...

There's something so alluring about shows that tell interesting sports ...

All About the Latest Season of “Delicious Miss Brown”

All About The Cast of “When Hope Calls”

“When Hope Calls” is a family-oriented American TV drama series that ...

What You Need to Know About “Growing Up Hip Hop”

Fans have enjoyed the music and followed the lives of hip-hop royalty such ...