This week on America’s Best Dance Crew it was the battle of the sexes challenge. To start off the show the guy and girls teamed up and did an opening performance that got a standing ovation from the crowd.

Fly Khicks has been living in the bottom lately but survived each week and kicked off Ringmasters and Dynamic Edition. It seems like Fly Khicks perform the best under pressure and this week wouldn’t be anything different as Mario called Quest Crew’s name meaning that Fly Khicks was once again in the bottom two.
Quest Crew went up first and their challenge was to emulate Chris Brown’s “Forever” music video. I thought their performance this week was 100 percent better than last week. It was much cleaner and their transitions were much better. Shane said that Quest is definitely back and that’s what he expects from them every time. Lil Mama loved the performance and felt that they danced as one. JC thought they did a good job trying to win over the crowd.

Beat Freaks performed to a mastermix of Katy Perry’s “Hot ‘n’ Cold.” I thought they had another strong performance. Their robotic intro was sick and the whole thing was tight and very clean. Right now, I would have to say that they are the frontrunners to win season 3 and I think the judges feel the same way. Lil Mama thought their performance was “HOT” and even gave them a standing ovation. She said everything was perfect. JC loved the robot section and thought they handled the props well and should be called “Prop Masters” instead of Beat Freaks. Shane said they should be called “America’s Best Dance Crew” and that no one can touch them right now.

Next up was Strikers All-Stars and their task was to emulate Daddy Yankee’s “Pose” music video, which features dancing by season 1 winners JabbaWockeeZ. I thought they did a good job with what they had to work with, but they’re obviously not b-boys. JC talked about Mike losing his spot at the beginning. Shane said he didn’t feel their performance. Lil Mama said tonight wasn’t one of their best performance and they need to bring it from beginning to the end.

The last group to dance was Fly Khicks and they performed to Rihanna’s “Ron De Replay.” I must say that after this week’s performance they deserve to make it to next week’s show. I really liked the bicycle part. Shane loved the kick line and thought it was a good performance but needed to come harder with the choreography. Lil Mama said they were in their comfort zone but they needed to pay attention to details.

At the end, the judges decided to keep Fly Khicks on the show for another week and sent Strikers All-Stars home. It was sad to see Strikers go home but somebody had to and after last night’s performance the judges got it right. Make sure you vote for your favorite crew or else they might go home. 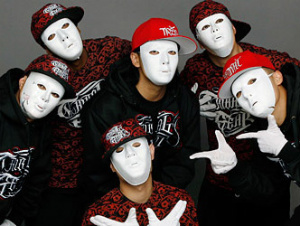 Where Can You Watch “Halloween Wars?”

Whether you’re checking out “Halloween Wars” for the first time or re...

All About The Cast Of “The Bradshaw Bunch”

Fans of the unscripted reality show “The Bradshaw Bunch” know that the ...

Where Can You Watch “Halloween Wars

All About The Cast Of “The Bradshaw Bunch