Lost is a show of moments.  There are scenes, from the first season on, that hit the audience so hard they become forever etched into the mind of the viewer.  Part of this is, of course, the format of the series.  There are cliffhangers and reveals that viewers could never see coming, and those moments are significant TV viewing moments.  The shock and awe routine that the Lost writers consistently employ make Lost what it is and, by and large, they are the result of diligent work.  The reveals are long in the offing, story seeds having been planted, in some cases, seasons before they are resolved.  You can argue all you want about how far in advance the writers know what’s going to happen in the different stories, but all that matters is this: Lost earns their big moments, and that’s why we love the show.

When attempting to create this list, a few issues arose.  These sort of rankings are going to be, no matter how hard one tries, subjective.  Generally speaking, your favorite moments are probably going to be the ones involving your favorite characters.  For instance, if Ben was my favorite character ever (he kind of is) then it would not at all be difficult to create a list of season 4’s top 15 Ben moments.  He had a ton.  Additionally, the finale provided a laundry list of scenes that could be made into their own list.

We should be thankful for Lost.  Compiling this list, it made me realize the sheer volume of great scenes that only 14 episodes provided.  Lost is the ultimate in event, water-cooler television.  Is there any other show that viewers have to make a point of discussing every week with everyone they know who also watch the series?

Michael Emerson is an acting god.  Just go back and watch this scene if you want definitive proof.  Lost, once again, showed us why it is unlike any other series on television.  We’ve seen the hostage stand-off scenario thousands of times by now, but I can honestly say that never has it been executed better than when Keamy held Alex, Ben’s daughter, at gun point.  Ben did not back down, and Keamy shot Alex in the head, killing her.  It was perfectly paced, expertly acted, and provided a huge shock (did they really just do that?) and some of the best acting you’ll ever see.  The range of emotions displayed by Michael Emerson was simply astonishing. 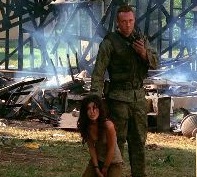 Locke had to move the island.  This fact was the driving force behind the last handful of episodes in Lost‘s fourth season, and Lost fans spent the weeks approaching the two-hour finale wondering how the island could be moved.  Would it be through time?  Would they literally, physically move the island?  They did.  They literally moved the island.  The scene in the icy cave has been a bit divisive among fans, but I absolutely loved the matter-of-factness Ben displayed in all the preamble leading up to the actual move.  Putting on the parka, falling down the ladder, ridding the wheel of the ice – it felt epic.  Then, the island disappeared, leaving the helicopter inhabitants and the audience rightfully shocked.  It was a well-earned moment, one that Lost had been building up to all season. 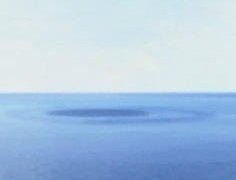 From the moment we found out that Kate was taking care of Aaron back on the mainland as a member of the Oceanic 6, we knew that Claire was in trouble. Would she die? That was my belief, but the Lost writers are better than that. While we still have no idea what has happened to Claire, or what she now knows, or how she is interacting with Christian or Jacob, the first time we saw Claire without her baby, it was very, very disturbing. Locke enters Jacob’s cabin, but instead of finding Jacob in there, we find Christian Shepherd with Claire. Emilie De Ravin’s acting was wonderfully understated, giving off the creepiest of vibes. At once, the audience was both stunned and weirdly put at ease. Claire was in control, it seemed. Claire’s story, we now know, is far from over. Instead of wondering if Claire is alive or dead, the question has become: What exactly happened to Claire? 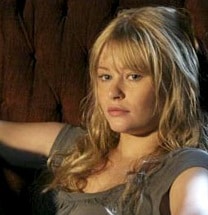 Lost often leaves one aghast.  The end-of-episode reveals have become a staple of the series, but I don’t think I’ve ever audibly gasped like I did when Kate said the name “Aaron” at the end of “Egg Town.”  The episode was entrancing enough itself – the whole Kate courtroom saga played out well, but that last scene was fantastic.  Jack and Kate’s final conversation of the episode, in the courtroom parking lot, made the possibility of Kate’s child being Sawyer’s completely plausible.  The beauty of it was that Jack’s words and actions worked perfectly both ways – whether it was Aaron or the child of Kate and Sawyer.  It was a great piece of writing and, for me, the biggest shock of the season.

“Ji Yeon” was an episode that toyed with the audience.  The structure of the episode was unlike anything Lost had ever produced: a dual flash back/flash forward.  It was a heartbreaking episode, and one which should earn Yunjin Kim an Emmy nomination.  For a majority of the episode, we thought that Jin had made it back to the mainland and was on his way to the birth of his child.  When Sun arrived, with Hurley, at Jin’s grave, however, we knew that Lost had been playing us, giving us a look back at the person Jin was before reaching the island.  In perhaps the most emotional scene ever filmed for Lost, Sun spoke to Jin at his grave.  My living room, like millions of others across the country, got a little dusty in that moment.