The Golden Globe Awards honor the best in both television and movies, and though they're not taken as seriously as the Emmys or the Oscars, they're still a lavish, star-studded affair.  However, the glitz was put on hold last year due to the writers' strike, forcing the producers of the show to cobble together an awkward news conference to announce the winners.  This year, with no strike in sight, the Globes are back to being as glamorous and exciting as ever.  The ceremony is set to air on NBC on Sunday, January 11 at 8pm, and is bound to be attended by a cavalcade of big stars. 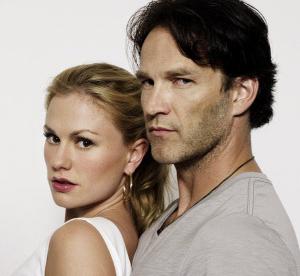 The nominees for the 66th Annual Golden Globes were announced this morning, and below you'll find a list of all the television categories.  Shows like True Blood, Mad Men, 30 Rock and The Office received multiple nominations, while other critically acclaimed shows were surprisingly omitted.

Here is a complete list of the television nominees:


Best Supporting Actor in a Series or Mini-Series


Best Supporting Actress in a Series or Mini-Series


Best Actor in a Mini-Series or Made-for-TV Movie


Best Actress in a Mini-Series or Made-for-TV Movie

Overall, the nominees are an interesting mix of highly praised, buzz-worthy shows, and shows that are way past their prime.  While I'm thrilled to see the likes of True Blood, Mad Men and 30 Rock nominated, the inclusions of Entourage, Debra Messing and Tony Shaloub feel very five years ago.  However, kudos to the Globes for finding a tricky way to nominate Kiefer Sutherland.  24 may not have aired an actual episode in 2008, but it did have a TV movie.

What do you think of the nominations?  Did the Globes get it right, or are these awards completely useless?  Sound off in the comments below.