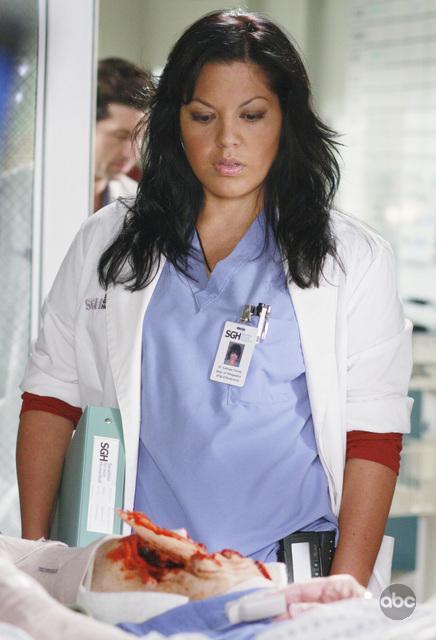 Born in Mexico, Sara Ramirez moved to San Diego when she was eight years old, when her parents divorced. After graduating from the San Diego School of Creative and Performing Arts, she moved to New York and trained at Juilliard School.

Ramirez made her Broadway debut in 1998, when she appeared in a production of The Capeman. She later performed in stagings of The Vagina Monologues and Dreamgirls. In 2004, she originated the role of The Lady in the Lake in Spamalot, the musical adaptation of Monty Python and the Holy Grail. Her performance received universal rave reviews, and earned her a Tony award, among others.

The role also attracted the attention of ABC executives, who loved her so much they offered her a role on any ABC show. Being a fan of Grey’s Anatomy, she decided to join that show; she debuted the recurring role of Callie Torres in the second season, and was promoted to regular in the third. Prior to the show she has appeared as a guest in other TV shows, and did minor roles in films such as Spider-Man and Chicago.

– She won the 2005 Featured Actress in a Musical Tony for her role as The Lady of the Lake in Monty Python’s “Spamalot”.

“Nobody from the show said I was too heavy. Instead, they wanted me to dance in my underwear.”