Comedy is, by nature, subjective. Sure, most people will agree that certain things are funny. “There’s Something About Mary” is funny. It’s hard to refute. “Animal House” is funny. And so on. However, people will always disagree to the extent of which a certain film or TV show is funny. I may think “Animal House” is the best comedy of the 20th century. You may think it’s only mildly funny. But we both still agree that it’s funny.

This is why ranking comedies is so difficult. Comedy is inarguable. If something makes someone laugh, who are you to tell them it isn’t funny?

So, this list of Top Ten Comedies on TV is meant only as my opinion. I welcome everyone to express theirs. There isn’t as much good comedy on television these days, what with reality television and procedurals clogging up the airwaves. But, there is still much goodness to be plucked from the tree of TV comedy. This list is an example of that.

Also, this list only takes into account how good a show is currently. So, had this been ten years ago, The Simpsons would have rated higher, etc. 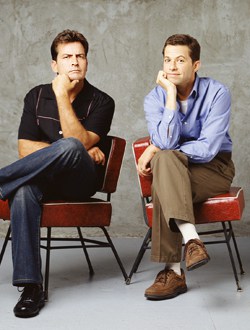 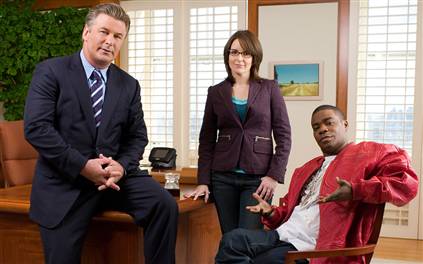 30 Rock is just getting going, and its not anywhere near where it could be within a year or so. That talent is certainly there with Tina Fey, Alec Baldwin, and Tracy Morgan. The show just hasn’t totally found itself yet. It may end up burning out, but my guess is that it will become one of our most solid comedies. If it doesn’t get canceled, that is. 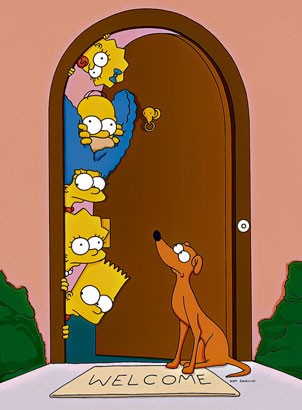 As always, it pains me to put The Simpsons this low on a list of comedies. If it were a list of all-time great comedies, The Simpsons would be in the top three. However, The Simpsons is well past its prime. Every now and then a great episode will show itself, but it certainly isn’t its old, consistent self. 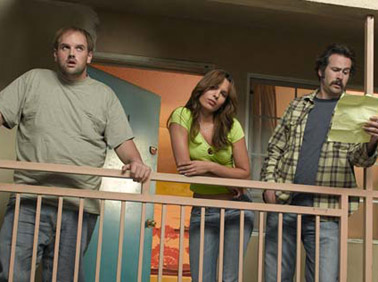 My Name is Earl has finally given Jason Lee a great venue for his immense talent. Anyone whose seen “Mallrats” or “Chasing Amy” knew what Lee was capable of and it’s incredible that it took this long. Ethan Suplee and Jaime Presley round out the surprisingly effective supporting cast. Scrubs has been hugely underrated throughout its six season run. In it’s peak seasons (3rd through 5th) Scrubs brought tons of laughs every episode, using their trademark slapstick in the vein of “Airplane!” or “Naked Gun”. Scrubs also has a heart and has no problem producing (and executing) episodes with real issues. 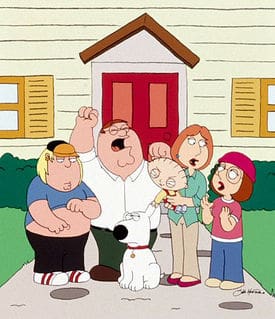 Family Guy would have been higher on this list a couple of years ago, but the last two seasons have been wildly inconsistent. Family Guy is the most devoid of plot or story on the list but, when a good episode airs, you won’t find a show with more laughs per minute.

#4 How I Met Your Mother

How I Met Your Mother is the new “Friends”. I might end up being better. Still only in its second season, How I Met Your Mother relies on a talented ensemble cast who all bring their own comic sensibilities to the show. The show has still yet to reach its potential and, when it does, it may enter the pantheon of all-time greats. 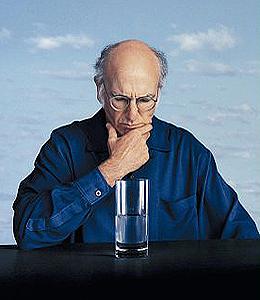 Curb Your Enthusiasm is the vehicle for Larry David’s preosterous neurosis. Larry David was the co-creator of “Seinfeld” and, while Curb often feels like “Seinfeld”, it’s also far racier and, maybe, a little more evil. However, Larry David brings a unique brand of incredibly funny humor and awkward moments. Throw is a slew of celebrity cameos and you have a great show. 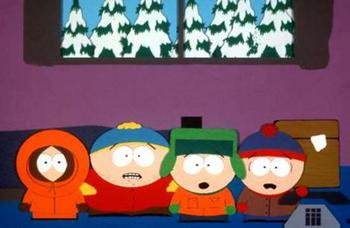 South Park haters like to talk about the show’s unnecessary obscenity and overall juvenile subject matter. What the real South Park fans know, though, is that the show expertly juxtaposes this childish sensibility with the most biting political and cultural satire on TV. And it’s always hysterically funny. South Park would’ve been number one on my list a couple of years ago. 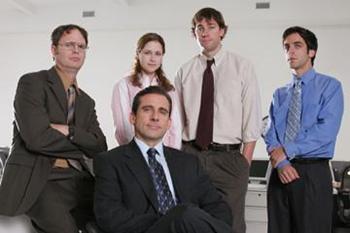 I watched the premiere of The Office when it first aired and, for some reason, I was non-plussed. Then, last Summer, I picked up the first season DVD and, suddenly, I got it. The Office is subtle and character-based, but once you get into it, you soon realize that The Office is the best and most consistent comedy on TV. It also might be my favorite show, in general, currently on television.