The 12 Most Disturbing Cases of ‘Criminal Minds’ Season 12

Every season, Criminal Minds has several quite disturbing cases. Maybe it’s why the UnSub does what he or she does to his victims that gets to you. Maybe it’s what happened to the UnSub in the past or motivates him or her in the present. Sure, the focus of season 12 was on Scratch and, later on, Reid’s arc in prison, but there were still some memorable investigations for the BAU. Read on for the 12 most disturbing cases from season 12.

The UnSub was trying to control his victims’ impulse and inhibition by destroying their frontal lobes. See, he figured since he and his adoptive sister weren’t biologically related, it was okay to try to kiss her — his sister had Kluver Bucy Syndrome, a symptom of which was hypersexuality, and she slept with all his friends — but he found out that she was actually his mother.

His plan was to bury his grandmother alive for keeping the truth from him, right next to where he buried his mother.

Scarecrow.jpg” src=”/articles/CM%20S12%20cases%20Scarecrow.jpg” class=”mt-image-center” style=”text-align: center; display: block; margin: 0 auto 20px;” width=”530″ height=”299″ />A woman’s attempts to get help, through screaming for it and pounding on doors, went unanswered except for a few calls to 911, which said a lot about society and helping others. She was taken by the UnSub, who was punishing his victims because while he wanted to have sex with them, his upbringing wouldn’t let him.

After catching him with a girl, his father had made him wear only a burlap sack and a sign reading “Fornicator” and act as the scarecrow all night. (However, it looked like he got payback and turned his father’s skeleton into a scarecrow.) In the end, the UnSub buried himself alive under grain, his form of atonement.

See also 'Criminal Minds' Recap: A Wife to do the Devil's Work

Todd and Cormac’s childhood was messed up. Their mother drank herself to death, and their father beat her and them. Their father treated them like animals, making them live like pigs — with muzzles — until their slaughter, and that reflected on how Cormac, the UnSub treated his victims. Though the team originally thought Todd was the UnSub, he was just hiding the evidence of his brother’s kills, trying to protect him in a way he felt he hadn’t when he failed him when they were kids.

The UnSub threw acid into his victims’ faces, wanting to destroy them for living the life he wanted but couldn’t have (love) and to feel like he did: ugly, unwanted and full of self-loathing. He targeted people through singles nights, and his endgame involved taking out a bar full of people.

There’s just something about a case that involves kids, and that’s true when the kids are the UnSubs. But what earned this case a spot on the list is the fact that the UnSubs had been victims themselves when they were children, taken by a survivalist who kept them isolated and convinced them of his delusions. And they in turn ended up kidnapping three boys themselves years later.

This episode showed one of the extremes that bullying can lead to: a victim of bullying wanted to get back at those who victimized others by turning them into victims. First, he killed their families — as he told a fellow member of the Anti-Terror Squad, bullies were terrorists, and some politicians said the best way to handle terrorists was to take out their families — then he turned to the bullies themselves. And when his friends weren’t grateful for him killing for them, he turned on them. 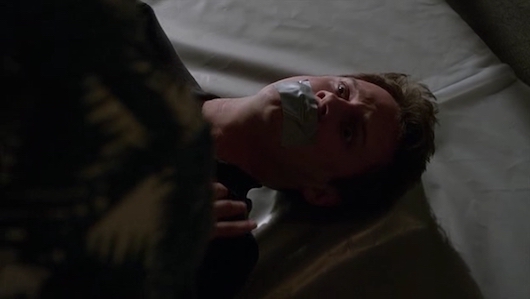 After his husband decided to leave him, the UnSub used his kills to scare him back to him, forcing him home with fear and keeping him from fully escaping their very unhealthy relationship. Once Bill realized Mark was the UnSub, Mark turned on him, wanting him to hurt the way he hurt.

He didn’t even let up once the BAU had him in custody; he didn’t think Bill would be able to testify against him, but marital privilege only applied to what Mark told him, so Bill could still testify as to what Mark did to him.

Scratch taunted the BAU in the premiere following his escape. “HOTCH” was carved into a victim’s forehead. He used Reid’s information to order gear from a sex shop. He dosed someone with dissociative identity disorder and turned him into the UnSub, a copycat of The Crimson King, who had personally affected Luke. And still, Scratch escaped so he could continue to target the team.

The UnSub threatened his victims’ loved ones to get them to kill themselves, to get the virtuous to sin so they’d go to hell, as a sign of gratitude to the devil for swallowing his parents in a sinkhole because they had been abusive.

Through hacking, the UnSub was able to turn unsuspecting drivers into killers as he targeted pedestrians and watched the crashes through traffic cameras, dashboard cameras and dash-mounted smartphones. His endgame was a woman who rejected him on a dating website and he wanted to be with her at the moment of impact. (Fortunately, Garcia managed to do some hacking of her own and stop the car in time.) 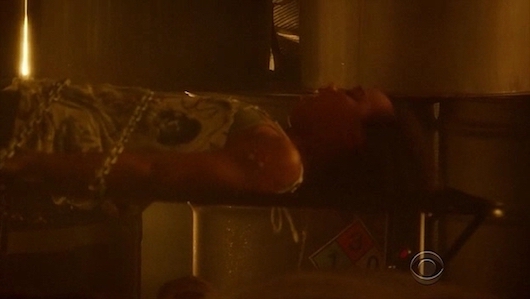 Sometimes the team can’t save everyone, and it’s always tough when a case involves kids. In this episode, both were true. The UnSub was burning kids alive (!), and in the end, despite JJ’s best efforts, the team had to leave behind one of the intended victims because of the fire.

The UnSub was nicknamed the Bone Crusher. Enough said. But it was the UnSub’s mother who unwittingly unlocked the psychopath in him when she gave him ecstasy in hopes of helping him with his behavioral changes after his father left. Though there were signs of sexual assault with his first victim — eyewitnesses thought they saw a couple having sex in an alley until they realized she was dead — there weren’t any in the others because the ecstasy caused impotence, increasing his rage and leading to the violent torture.

Which season 12 cases got to you? Which one do you consider the most disturbing?

‘Criminal Minds’ Interview: Daniel Henney on His ‘Seamless’ Transition from ‘Beyond Borders,’ a ‘Morbid’ but ‘Fun’ Story for Simmons and More